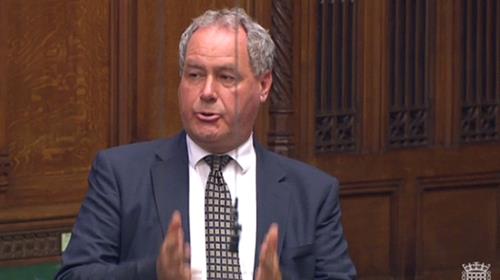 July 6, 2017-- The United Kingdom will make its formal exit from the European Union in March of 2019. No matter how one feels about the forthcoming change, it is a political reality, and it would be short-sighted to deny that there are both benefits and drawbacks for the British nation.The beginning of this disentanglement comes at a fortuitous time.

Western powers are caught between contrasting policy alternatives in key areas, including their dealings with the Middle East and their visions for the future of Iran and its regional power structure.The negotiation of the Joint Comprehensive Plan of Action (JCPOA) in 2015 set the stage for a dramatic change in Iranian-European relations.

Then, just over a year later, the election of Donald Trump set the United States on a very different course of foreign policy, thus necessitating that its European partners either follow suit or run a risk of being caught on the wrong side when bilateral relations start to deteriorate further.If these trends remain consistent over the long term, there is little doubt that the EU countries will set policy on mass.

They will either enable Iran’s return to global prominence, in line with the initial expectations of the JCPOA, or they will recognise the persistence of Iranian misbehaviour and decide to strengthen the sanctions and diplomatic pressures that are aimed at compelling Iran toward change.The relevant change is not limited to the nuclear issue: it includes other matters, equally or more important, which have been side-lined as a result of narrow focus on the nuclear deal.In the aftermath of the JCPOA’s implementation, Iran’s destructive intervention in the Syrian and Yemeni civil wars intensified, leading to the further proliferation of Shiite militant groups throughout the Middle East.

Meanwhile, the Islamic Republic has ramped up its ballistic missile program in clear defiance of a UN Security Council resolution, thereby showcasing the kinds of advanced military technologies that are making it into the hands of terrorist proxies both new and old.Domestically, Iran’s human rights abuses continue with impunity.

At least 20 executions were carried out in just the first three weeks after the re-election of Iranian President Hassan Rouhani . At the same time, the supposedly moderate executive quickly distanced himself from his renewed campaign promises of freedom for political prisoners.

Now, the ranks of political prisoners have swelled with activists, journalists, and social media users who were swept up by the Revolutionary Guards and the Intelligence Ministry in the run-up to voting.International human rights organizations have soundly criticized the world community for turning a relatively blind eye to these and other human rights issues – including Iran’s unlawful arrest of British citizen Nazanin Zaghari Ratcliffe – as a result of its myopic attention to the nuclear issue and the prospects of new-found access to the Iranian oil economy.

Many political and economic leaders throughout Europe have shown themselves all too willing to persist along these lines, putting economic incentives ahead of the defence of democratic values and human rights. These are the two courses of Middle East policy that Western leaders are trying to navigate between at the moment, and it is not at all clear which impulse will be the stronger one across the top of the EU.

To be fair, it is not entirely clear which course Britain will choose either, as evidenced by the tortured relations between BP and would-be Iranian partners since the implementation of the JCPOA. But what should be clear to anyone who is concerned about Britain’s legacy in the Middle East is that it will be to our advantage if we do not feel constrained by the EU when we make our decision.

Let there be no question, the right decision in this case is to put the lives and freedom of the Iranian people ahead of the allure of Iranian oil. It is to act in unison with the United States, in terms of the imposition of new sanctions, the blacklist and isolation of hard-line institutions like the Revolutionary Guards, and the obstruction of Iran’s power-grab throughout the broader region.Many British politicians already support this sort of assertive policy.

Some will make it known on July 1 with their attendance at the annual Paris gathering of the National Council of Resistance of Iran (NCRI). The opposition movement explicitly calls for domestically-driven regime change as the only lasting solution to the problems of Tehran’s behaviour at home and abroad. The rally for that cause is expected to attract 100,000 Iranian expatriates, as well as reaching millions of native Iranians via social media and illegal satellite dishes throughout the country.

To the credit of the EU nations, numerous political dignitaries and academics from each of them also attend NCRI’s annual rally. The British supporters of the NCRI there will be able to speak directly to regressive voices within their own national government, and hopefully convince the UK government to override them and change course for the good of global stability and the future of the Iranian people.If they can do so they can show the whole of Europe that, regardless of how anyone feels about Brexit, the UK will use its new-found independence for the good of our universal values, an example that others can follow.