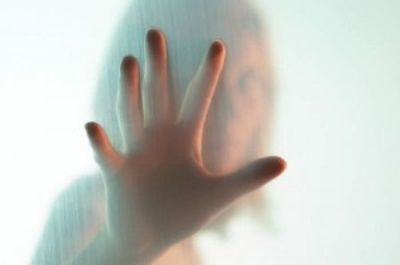 My name is Bahareh Maghami and I am 28 years old. There is nothing left of me anymore, so I have no reason to hide my identity anymore. I have lost everyone important to me. I have lost relatives, friends, neighbours, companions, co-workers, and colleagues. I have lost everything. Those who pretend to be men stole it all from me unjustly. They stole my life. Now that I have left the country, I want to share my pain with someone, even if I only share it once. I would like to ask other friends who have experienced a similar painful fate to write about it as well. They must write about what happened to them. Even if they fear their lives or the loss of their dignity, then they should use anonymous names. They must write so that history is aware of what happened to our generation, the grief-stricken generation. They must write so that the next generation who will live in a free Iran understands the price paid for their freedom, so they are aware how many lives were destroyed and how many hopes have vanished. They must know about the broken backs and the bent knees.

When my father found out, his back broke and he shattered into pieces. My mom aged a hundred years overnight. I still have not been able to look into my brothers eyes and he doesnt look at me either. He doesnt want me to suffer any more than I already have. When he found out, it was like they took away his manhood. When he found out that there are people who pretend to be men, he began to hate his own manhood. For the [fake men], dignity, nobility and chastity have no meaning.

I was a first grade teacher. I was teaching the children of our country how to read and write. I was teaching them [how to write] Dad brought water, The man comes, The man brings bread. For me the image of a man was the kind breadwinner. I was waiting for him to arrive. And now that image has changed. He is angry and blinded by his desires. I cannot rid myself of his infectious smell of sweat. I am always scared of him coming back. I jump out of bed in the middle of the night fearing his footsteps. My whole body shakes with the smallest sounds and my heart starts beating faster because I fear his arrival. I am always ready to escape. I leave the lights on at during the nights and I pass the days with tears and grief.

Our house was on Kargar Shomali Street. I was at Ghoba Mosque with my brother when I was arrested. They beat me and took me away and then they destroyed me. As our ancient poet Hafez said, They did what the Mongolians did! (referring to the Mongol invasion of Iran)

I would like to ask those who read this letter and who know someone who is a victim of rape to show more kindness and sympathy toward them. The issue is that in our culture, rape is not just a blow to one person; it is a blow to the whole family. A victim of rape is never healed with the passing of time. With every look given by a father, the wounds open again. Her heart breaks again with every drop of her mothers tears. Relatives, friends, neighbours and everyone else cut their relationship off.

My family was forced to sell our house significantly below market price and move to Karaj (a suburb of Tehran), but we didnt last there either. The agents found our new address quickly and monitored us. They stood in the corner of our street and smirked at my father every time he passed by.

We left everything behind and immigrated [to Germany]. At their old age, my parents became refugees in a camp. I can easily say that the cultural wounds were much harder to deal with than the physical ones. Many people smile when they hear about rape. I swear that there is nothing funny about rape. It is about the suffering of a simple family. It is about a young girl or boy who loses his or her dignity. Breaking the dignity of love is not funny.

Those who raped me laughed. There were three of them. All three were dirty and they each had a beard. They had terrible accents and foul mouths. Their curse words were directed toward my entire family. Even though they saw I was a virgin, they accused me of being a whore and forced me to sign a statement that declared I was a prostitute.

I am not ashamed to say it anymore. Not only am I not ashamed, I am even proud to say it: they called me a whore. They said, Sign this you whore! I told them that I was a teacher and I would not sign. They said they had three witnesses who had seen me sleep with three people in one night. I told them that I have 30 witnesses who can confirm that I am a teacher, and that if anything happens to me [in prison], it would be their fault. They laughed and said, Well, its not that bad for you. Your pay has now increased! The privacy and dignity of people is worthless to them. Words like modesty and chastity are empty to them. They have never seen these virtues. All women are whores to them. But, it was not only women. They did the same to men. They were not human beings. They suffered from self-subordination. They had turned into perverted animals who knew nothing but how to destroy beauty. Sometimes I see people cursing at the mothers and sisters of these people [the rapists]. I feel sorry for those who have to live with these rabid animals all their lives. My front teeth broke and my shoulder was displaced; my womanhood was destroyed.

I know that I will never be able to love a man or get close to him and trust him. I realize that my land bears many brave men who have also suffered, but for me, real men and fake men are the same. My life as a woman has reached an end and I resemble a zombie, but I still write. I write in order to regain my livelihood. I write that I was a teacher who turned into a prostitute and who is a writer now. I write that I was Spring, and although I turned into Autumn, I am now more beautiful. I am a beautiful whore who turned into the outcast of the neighbourhood. I turned into a teacher without a classroom. I became the subject of ridicule who has been sentenced to loneliness and immersed in the injustices of the oppressors. For the Islamic Republic, I am the woman with a broken arm and a bloody face. I am proud to be a whore for freedom. I know that I am not alone.

With my lifeless body lying on the ground of my cell, I would often hear their voices in the nearby cells displaying their fake manhood.

I ask all people who have suffered like me to write. They need to express their suffering any way they can because these are the same pains that Sadegh Hedayat (contemporary writer) referred to as, pains that chew at a persons soul. Let it all come out. Let everyone know. You should realize that you are not alone. There are many like me and you. We all share this pain.

This letter of suffering should be much larger than this, but I will end with one last message to Khamenei [the Supreme Leader of Iran]: You consider yourself the father of this nation. I was a daughter of Iran. Your sons raped me. Who will pay for the loss of my dignity?