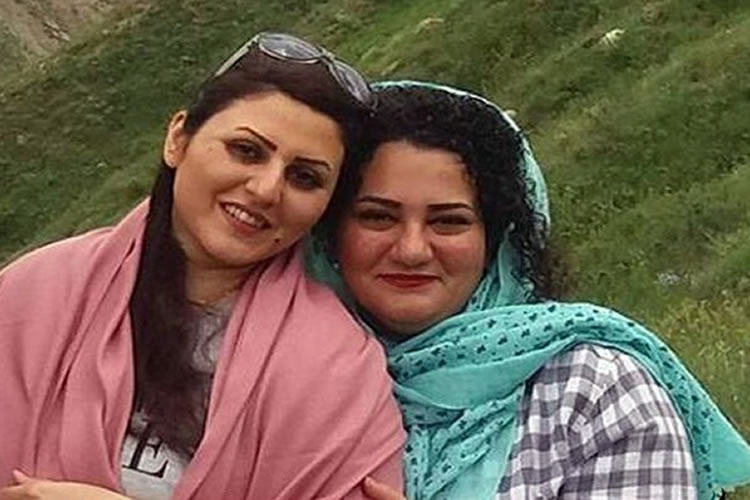 Political prisoners Atena Daemi and Golrokh Iraee who had been on hunger strike protesting their unlawful transfer to the notorious Qarchak Prison in Varamin, outside Tehran, has now switched to a dry hunger since Saturday, February 10.

Atena Daemi and Golrokh Iraee have refused to accept serum injections over the past few days. They have declared that if anything happens to them, the responsibility lies with the Evin’s Prosecutor Dowlatabadi and his assistant, Haj Moradi, who oversee prison conditions.

The two were attacked by five male security officers on Wednesday, January 24, 2018 in Evin Prison and transferred to Qarchak Prison in Varamin, Tehran Province.

In a statement released on February 3, they had announced they are refusing food in protest to the Iranian regime’s breach of the principle of classification and separation of prisoners and their own illegal exile to Varamin’s Qarchak Prison.

Amnesty International has urged Iran to immediately and unconditionally release human rights activists Atena Daemi, Golrokh Ebrahimi-Iraee and her husband Arash Sadeghi and said “The appalling conditions in Shahr-e Rey prison place Golrokh Ebrahimi-Iraee and Atena Daemi – both wrongly imprisoned for their peaceful human rights activism – in serious danger of assault, violence and exposure to infectious disease in addition to overcrowding and poor sanitation. We have grave concerns for their safety and well-being. No one should be imprisoned in such appalling conditions.”