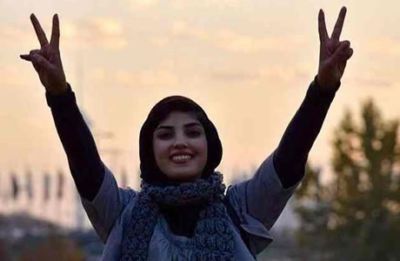 She was taken into custody after she reported in to the office of Tehran’s Security Police. The news of the arrest was announced on Saturday, August 19, 2017.

Shima Babaii had initially been arrested on May 25, 2016, for participating in peaceful gatherings in front of the Dena Tire Company and Evin Prison and released after a week on a heavy bail of 100 million toumans.

In February 2017, she was summoned to the 3rd Branch of the Public Prosecutor's Office in Evin Prison to present her last defence and was informed of her charges including "propaganda against the regime", "association and collusion (against the state)", "dissemination of lies in cyberspace", "insulting the leader", "insulting the officials", "having contact with aliens and media abroad."