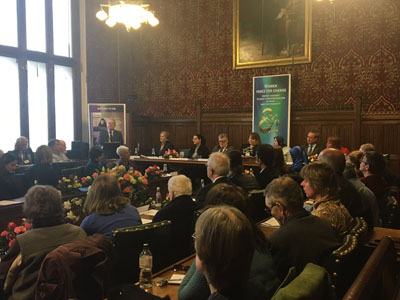 A cross party group of parliamentarians highlighted the systematic discrimination and marginalisation of women in Iran at a conference in the House of Commons on Tuesday, February 28, 2017, held for the occasion of the International Women’s Day.

Rt Hon Cheryl Gillan, the Conservative MP for Chesham and Amersham, said, “I look forward to an Iran where all people can be treated equally and women play a full part throughout civil and political life.”

Speaking on behalf of her constituent, Nazanin Zaghari-Ratcliffe, who is held prisoner in Iran on made-up charges under appalling conditions, the Labour MP for Hampstead and Kilburn, Tulip Siddiq, said: “The way this British mother is being treated in the Iranian prison system is inhumane and totally unacceptable. The government must step up its pressure on the Iranian authorities for her immediate release so that she and her daughter can be reunited with their family in West Hampstead.”

Also in a video message to the conference Mrs Maryam Rajavi, the president-elect of the National Council of Resistance of Iran (NCRI), thanked MPs for their cross party support for the Iranian women’s struggle for democracy and equal rights and called on “the world community, particularly the women of Britain and the Houses of Parliament to support the Iranian women's struggle against the misogynist regime”.

Steve McCabe, the Labour MP for Birmingham, Selly Oak said: “The Prime Minister was right to warn about Iran’s malign influence in the region. She should equally stand up for women’s rights in Iran, where the theocracy’s institutionalised misogyny hampers millions of women from shaping the future of their country for the better”.

Sir Alan Meale, the Labour MP for Mansfield said: “I believe a free and democratic Iran is an essential and vital ingredient towards a free democratic world. I applaud the Iranians who stand up against the present regime and pledge my support for their endeavours.”

Professor Lord Alton of Liverpool, Crossbench member of the House of Lords, reiterated that “Our efforts to confront and degrade Islamic extremism in the Middle East cannot only rely on a military solution. Our best allies are the moderate forces, like Mrs Rajavi and her movement the NCRI, which our government should support to establish their 10-point democratic platform that offers a clear road-map for a free and democratic Iran.”

Panellists from both Houses of Parliament were also joined by solicitors, women’s rights activists and members of the Anglo-Iranian Community who called on the British government to take the lead on the international stage to compel the Iranian authorities to “eliminate, in law and in practice, all forms of discrimination and other human rights violations against women and girls”, as demanded by the international community in the latest UN resolution on human rights in Iran.

Linda Lee, former President of the Law Society of England and Wales, who chaired the conference highlighted the plight of several women activists in Iran including Maryam Akbari Monfared, Narges Mohammadi and Mansoureh Behkish.

“These prisoners of conscience are being punished with long-term prison sentences either for their activities against capital punishment or for demanding those responsible for the mass killings during the 80s to be held accountable, including the known perpetrators of the massacre of 30.000 political prisoners in the summer of 1988”, she said while joining the other participants in calling for their immediate release. 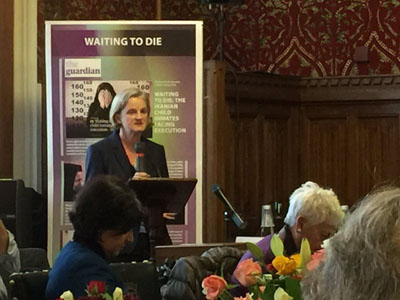 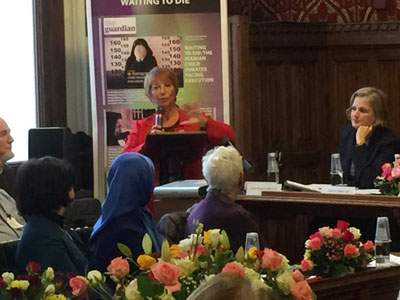 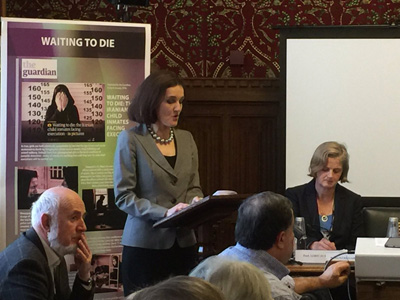 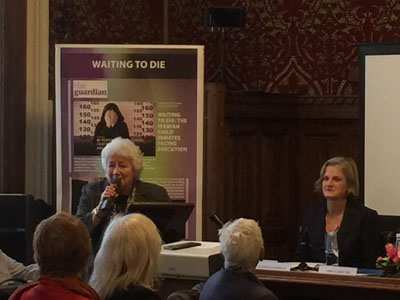