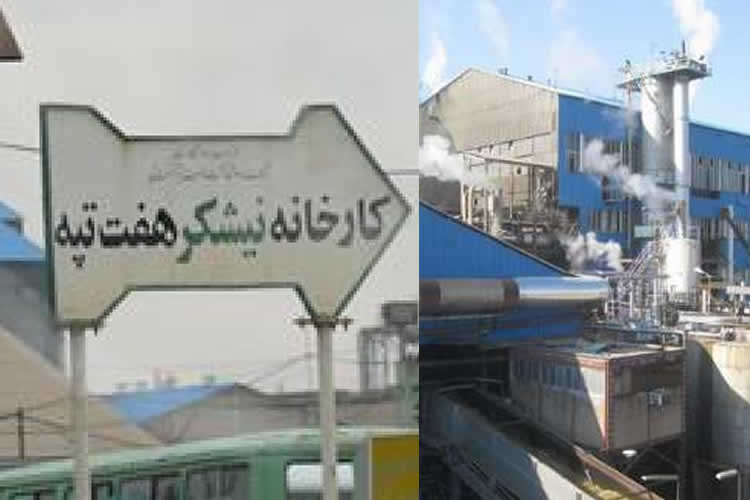 Workers from various sections of Haft-Tapeh Sugarcane Factory have gone on strike since Saturday morning, March 3, in protest against the failure to pay their salary and annual bonus, and the return of the corrupt managers to their previous posts. The factory's retired workers also participated in this protest move.

In their protest to the management’s inattention and not being responsible, the workers of the factory prevented company's major shareholders, Rostami and Seifouri, from leaving the premises and transferred them to the management building.

The catastrophic situation of the deprived workers of this massive industry is the direct result of the regime’s officials’ seizing control over sugarcane industry. Government clerics have been importing sugar instead of improving this industry, which was once one of the major sources for the country’s revenues. Consequently, the sugarcane industry workers, including the Haft-Tapeh sugarcane workers, have not received salaries for several months despite their hard work, and the overwhelming pressure imposed on them because of their inability to pay off heavy debts and poverty. Ali Naghdi, a suffering worker at the Haft-Tapeh Sugarcane factory committed suicide on the eve of February 27, to end his life in protest against the regime's cruelty and disregard for the growing problems of the workers.