Desperate farmers of Varzaneh city of Esfahan, protested on Saturday March 3 in front of the Benroud County. They chanted: "If you do not give us water rights, then we will accept martyrdom".

On February 16, they protested against the regime's refusal to grant their right to water by queuing up their tractors at the entrance to the city. Following the regime's disregard for their demands and their catastrophic livelihood situation, they have launched demonstrations and protest gatherings in front of the county since February 28.

Thursday evening, March 1, the clerical regime held a meeting with them in fear of spreading these protests to deceive and curtail the anger of farmers. But farmers who did not have the least opportunity to provide for their own livelihoods and their families, and could not have waited any longer, disturbed the meeting of regime brokers. Revealing previous false and deceptive promises of the regime officials and their own unemployment and hunger, and their families, they called for the regime's leaders to respond to this catastrophic situation, leaving the meeting in protest. 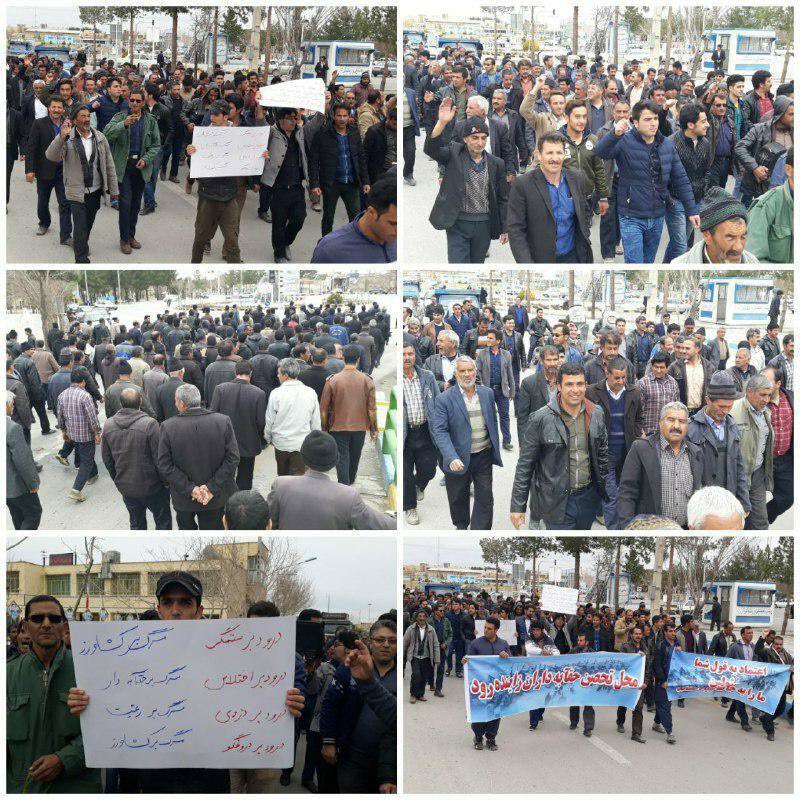 Zayandeh Rood's drying caused by the policies of this regime has affected the lives of farmers in the region since 17 years ago. The clerical regime has not done anything to improve the lives of farmers, which make up 40% of the population of the area, and their condition is getting worse day after day. The promise of payment of damages is one of the false promises of the regime that is not being implemented.