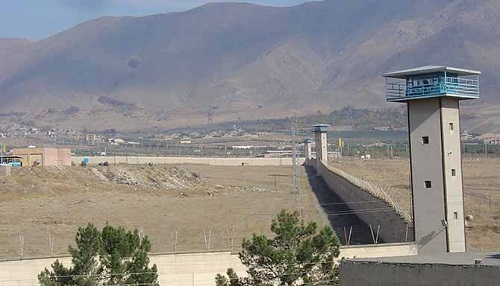 At least 120 prisoners were confirmed to have tested positive for coronavirus in Rajai Shahr Prison. Political prisoners are also among those contracted Covid-19.

Prisoner of conscience Farhad Meysami has tested positive for the virus at Rajaei Shahr prison in the city of Karaj and was transferred from his ward to a so-called prison “safe room” for isolation.

A 50-year-old physician, Farhad Meysami was arrested by agents of the Intelligence Ministry on July 31, 2018, for allegedly having badges in his home with the slogan “I am against compulsory hijab.”

He has been sentenced to six years imprisonment and banned from leaving the country or engaging in online activities for one year for peacefully protesting the regime’s compulsory hijab law.

Some 45 Sunni prisoners in Rajaei Shahr Prison have previously contracted the virus and the authorities denied them adequate medical treatment. The condition of a number of the infected Sunni prisoners, including; Farhad Salimi, Khosro Besharat, Abdul Jabbar Hosseini, Farzad Shahnazari, Abdollah Shariati and Borhan Asgharian are worse than the others.

Human rights activists had warned that the outbreak could put other prisoners particularly those held in Hall 12 at serious risk of COVID-19 infections.

Last month, four prisoners died of Covid19 in Section 2. In a recent case, on Friday, October 2, a prisoner identified as Zoq-Ali Abbasi died of the virus.

Political prisoners with serious illnesses are detained in this prison and are in greater danger of contracting the disease after diagnosis of the new Covid-19 case.

They include Arash Sadeghi who suffers from chondrosarcoma (bone cancer), Afshin Bayemani and Abolqassem Fouladvand who have a heart condition. These political prisoners have already been denied of access to adequate medical treatment.

Allah Karam Azizi, the warden of Rajaei Shahr Prison, also known as Gohardasht, and Amin Vaziri, the supervisor for political prisoners, are notorious for hindering medical treatment of detainees and their dispatch to civic hospitals.

UN High Commissioner for Human Rights Michelle Bachelet on October 6, expressed deep concern at the deteriorating situation of human rights defenders, lawyers and political prisoners held in Iran’s prisons and called on the authorities to release them in the context of the COVID-19 pandemic.