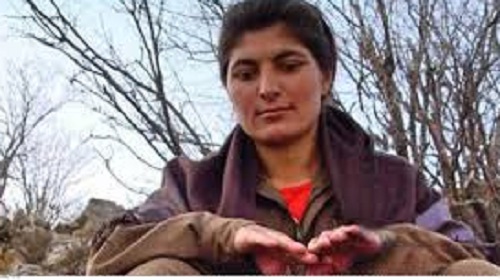 Zeinab Jalalian, along with nine prisoners of ordinary offences, went on hunger strike in protest to being deprived of weekly visits and basic facilities.

Prison authorities had discovered a mobile phone following an inspection of the prisoners’ section during the past few days.

The prison guard has questioned Zeinab Jalalian and nine other prisoner several times while filing a report on them.

On the 29 July, the prisoners were summoned to be informed that all 10 prisoners in the cell 1 of Women’s Ward will be deprived of all the basic amnesties of the prison, such as buying fruit and food from the prison shop, visits to the library as well as the Weekly visits until the owner of the discovered mobile is identified.

In protest to these deprivations, Zeinab Jalalian and nine other prisoners of this ward went on hunger strike on Monday morning, 29 July, and wrote a letter to prison authorities to inform of their strike until they are allowed to enjoy the above-mentioned basic amnesties again.

It should be noted that Zeynab Jalalian was banned from the family visit for several months due to her protest to the use of narcotics in this section last September.

Khoy Prison Ward has 3 cells in which 38 female prisoners are held. It is noteworthy that 15 prisoners in this section sleep on the corridor’s floor due to shortage of beds.