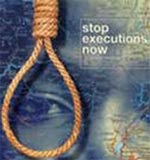 Mohammad Aman Amin told Afghanistan’s Senate that, “The Iranian regime is refusing to hand over the bodies of those Afghans who have been executed.”

Amnesty International has repeatedly expressed worries about the execution of Afghan refugees in Iran.