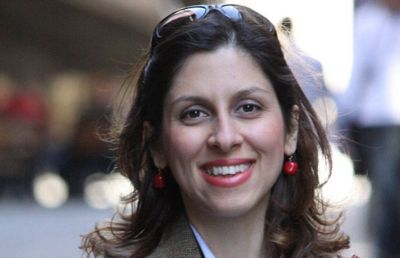 A British MP has criticised the Foreign Office over its reluctance to help the British-Iranian charity worker who has been held hostage in an Iranian jail for over a year.

Labour MP Tulip Siddiq revealed that there is effectively a two-tier system within the Foreign Office, which means that dual nationals like Nazanin Zaghari-Ratcliffe are given less priority than solely British nationals like her three-year-old daughter Gabriella, who is also stuck in Iran after her passport was confiscated.

This is despite the fact that Iran doesn’t allow its people to renounce their Iranian citizenship.

Siddiq, who is Zaghari-Ratcliffe’s local MP, told the Guardian that her meeting with Tobias Ellwood before the general election had had an “ultra-defensive atmosphere” which she was shocked at. Ellwood has since moved to the Ministry of Defence.

Siddiq said: “I had the strong impression from the meeting that their priority was making sure they got Gabriella back to the UK, seeing as she is a full British citizen, rather than helping Nazanin. That would take the pressure off them, given Nazanin is a dual citizen.”

The Foreign Office’s guidance states the UK doesn’t usually get involved in dealings between dual nationals and their country of origin. However, they do have the ability to get involved in the cases of vulnerable people or serious cases, but only if the other country agrees to it.

Ellwood said in September 2016: “The Iranian government does not recognise dual nationality and does not permit our consular staff to visit British-Iranian dual nationals detained there.”

Siddiq said she was frustrated that the government had never openly called for Zaghari-Ratcliffe’s release or publicly declared her innocence.

Zaghari-Ratcliffe, 38, was accused of attempting to overthrow the Iranian Regime while on holiday with her daughter in April 2016; charges which have no evidence to back them up.

Siddiq said: “She is held on ridiculous charges of espionage that the government has not refuted despite numerous requests. I do think there is more than meets the eye behind the lack of action.”

She said: “Our law must change to ensure greater protection when dual nationals are detained. FCO staff care about Nazanin’s plight, but they are hamstrung by an approach that isn’t strong enough. The government must state that there should be no exception to taking clearly documented action on behalf of all UK nationals facing breaches of their human rights.”

She expressed hope that this would receive backing from Conservative MPs.

She said: “This isn’t about me opposing the Conservative government, this is about taking constructive action to protect the rights of vulnerable people.”

Zaghari-Ratcliffe was sentenced to five years in September 2016 and her conviction was upheld in April 2017.

Her husband, Richard Ratcliffe, has expressed great concern over her physical and mental health.

Zaghari-Ratcliffe is one of many dual nationals who are imprisoned in Iran.