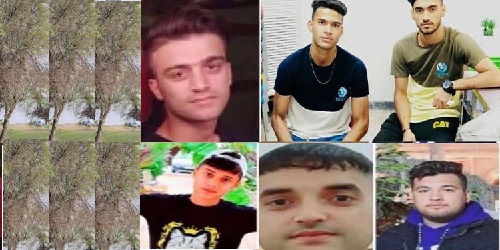 Internet outages, arrests, and the presence of state security forces throughout the Khuzestan Province have continued after people came to the streets to protest skyrocketing prices of essential goods.

On Friday and Saturday evenings, May 6 and 7, 2022, the people of Khuzestan Province, came to the streets in the cities of Ahvaz, Izeh, Baghmalek, and Susangerd, protesting against the skyrocketing prices of bread and other essential goods.

Iran’s intelligence and security forces rounded up and detained dozens of people, usually following home raids of Arab activists and former political prisoners during the late evening or early morning hours on Saturday and Sunday.

Internet outages and the presence of security forces throughout the province of Khuzestan have raised fears over another deadly crackdown by the Iranian regime as it has a documented history of violently suppressing protests.

In November 2019 when anti-government protests were triggered by the gasoline price hike, government forces slaughtered men, women, and even children who were on the streets and implemented an internet blackout to prevent footage and images from leaking to the outside world.

Over 1,500 civilians were killed during the protests.