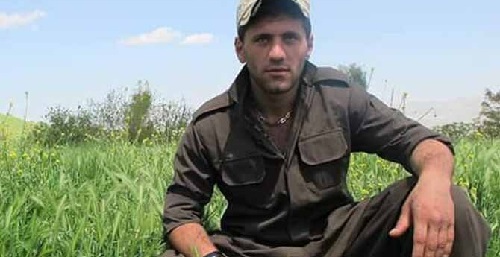 Political prisoner Houshmand Alipour has been deprived of his right to leave and visits because of the media coverages of his hunger strike in Sanandaj Prison.

Under pressure of the Intelligence Department of Kurdistan, Khosravi Zadeh, the judge in charge of Sanandaj Prison, and the head of the prison, informed Houshmand Alipour that since the issue of his hunger strike had been reported in the media, they could not grant him leave and he could not have visitations with his family.

According to Hejar Alipour, Hooshmand’s brother: “Government officials and officials in charge of Sanandaj prison continue to refuse to grant leave to this political prisoner under pressure and threats from the General Directorate of Intelligence of Kurdistan Province.”

Mr. Alipour said: “On November 16, 2021, after a 15-day hunger strike, Houshmand was promised leave by the judge in charge of Sanandaj prison, Khosravi Zadeh, and the head of the prison. He was told that they would allow him to leave in two months. But now they say that since the news of his hunger strike has been covered by the media, they could not send him on leave.”

“Three months after the end of the hunger strike, Sanandaj prison officials oppose granting him leave and do not even allow him to have online video visits that used to be available to prisoners. This is in addition to the previous ban on his face-to-face family visits,” Mr. Hejar Alipour added.

Houshmand Alipour was arrested on August 3, 2018, without any military confrontation with the Revolutionary Guards in a village near Baneh.

When security agents were taking him to prison, they viciously tortured and forced him to make confessions against himself. His confessions were subsequently broadcast on TV and used by the Judiciary to fabricate a case against him and prepare the grounds to issue a death sentence for him.

The 1st Branch of the Revolutionary Court of Sanandaj sentenced him to death in January 2020. His death verdict was subsequently commuted to 8 years in prison.

The Alipour family is under maximum pressure from the Iranian regime, particularly that their other son, Jian Alipour, was shot and killed by government agents on October 14, 2021, as he was carrying freights in the Alan area of Sardasht.