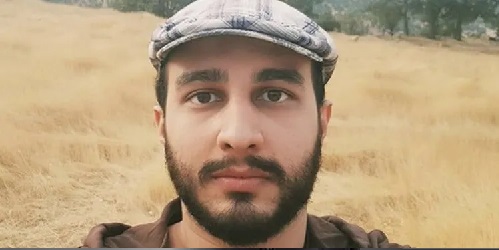 The Revolutionary Court of Tehran has sentenced labor activist Hirad Pirbdaghi to 4 years and 8 months in prison, two years of deprivation of membership in political and social groups, and a two-year ban on leaving the country.

Pirbdaghi has been charged with “propaganda activities against the state and society and collusion against national security.”

Hirad Pirbodaghi is a writer, labor activist, and member of the editorial board of the labor magazine Gam (Step).

This labor activist has been arrested several times for his activities.

Hirad Porbodaghi was first arrested in August 2019 during a gathering in front of the Revolutionary Court, supporting the Haft Tappeh Sugar Factory’s imprisoned workers, and spent three months behind bars.

A few weeks after his release, he was detained again for 10 days, this time because he still hadn’t stopped his activities.

The activist was then sentenced to six months in prison on the charge of “disturbing public order”.

Labor activists and workers in Iran are regularly threatened, detained, tortured and even sentenced to flogging, despite their legitimate demands and protests to current conditions which has robbed them of more than 80% of their purchasing power.