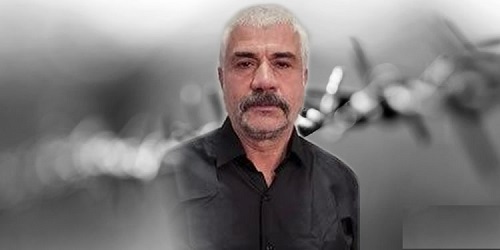 Political prisoner Ebrahim Seddiq Hamedani has been on hunger strike in Marivan Prison since February 12. He has been on a medication strike since Monday, January 24, and now faces physical problems such as hyperglycemia.

Mr. Ebrahim Seddiq Hamedani’s strike is to protest prison officials’ failure to fulfill their promises that he and his son would be transferred to Sanandaj Prison.
This prisoner’s son, Salar Seddiq Hamedani, started a hunger strike at Kamyaran Prison on Thursday, February 3. He ended his strike a few days later.

Ebrahim and his son, Salar, were previously transferred from Urmia Prison to Marivan Prison, and then Kamyaran Prison. The two political prisoners had started their hunger strikes on Monday, January 3, to protest the lack of implementation of the principle of segregation of crimes. The father and son simultaneously held a sit-in in front of the security office of Urmia Prison. The two ended their strike about 10 days ago following a favorable promise by the authorities.

Branch 2 of the Urmia Revolutionary Court eventually sentenced Ebrahim and Salar Seddiq Hamedani to 16 years in prison. The charges against them included “acting against national security through membership in the People’s Mojahedin Organization of Iran (PMOI/MEK)” and “propaganda against the state.”

These citizens had previously been transferred to Branch 6 of the Public and Revolutionary Prosecutor’s Office in Urmia on October 18, 2020, because of new charges brought against them while they were imprisoned.

Ebrahim Seddiq Hamedani was reportedly arrested in 2005 on charges of “collaborating with the PMOI/MEK” and sentenced to 6 years in prison. He was granted a conditional release after 2 years.

Ebrahim Seddiq Hamedani and his son Salar Seddiq Hamedani were also sentenced to 11 months’ imprisonment for alleged “propaganda against the state” in a new raised case while serving time. This sentence was handed down by Branch 1 of the Revolutionary Court of Urmia on Sunday, July 25, 2021.

The father and son were taken from Urmia Prison to the security agency’s detention center in early October 2021, and eventually returned to prison on November 25, 2021.