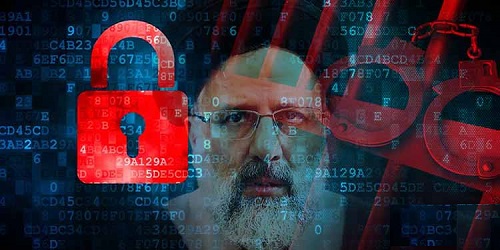 In the past month, the Iranian authorities have warned social media users and media activists that they would severely deal with those calling for a boycott of the elections.
It comes when Iranians are calling for a massive boycott of the elections.
On 17 May this year, the Guardian Council, the body that oversees legislations and elections, disqualified major regime officials, who have applied to run in the elections, paving the way for the definite victory of Chief Justice Ebrahim Raisi.
In the past month, several Iran officials have backed Internet filtering in Iran and threatened Iranians who call for the election boycott.
The Chief Justice of Kurdistan said in a meeting on June 1 that anyone who crossed the regimes “red line” in cyberspace regarding the upcoming elections would be severely dealt with. According to the state-run ISNA News Agency, Seyed Hossein Hosseini said the Judiciary would monitor everyone’s activities on the internet and that offenders would be “severely” dealt with without any leniency.
“Maximum turnout and choosing the best candidate are the most important priorities of the elections,” the Head of the Judiciary in the western province said in the third session of the Prevention and Examination of Electoral Crimes and Violations Office.

Hossein Hosseini defended the regime’s vetting of all but seven election candidates.

“All regimes have organizations similar to the Guardian Council and if there is doubt in some people’s competence, they will be scrutinized,” the cleric added.

He also said cyberspace should be used “correctly” and with a positive approach to achieve “healthy and fervent” elections.
Before this on 28 May, Iran’s Chief of Police, Hossein Ashtari threatened “election norm breakers” and “those who encourage people not to vote” and said they would be dealt with.

“The (Supreme) Leader of the revolution cited everything in his meeting with members of parliament and determined everyone’s duty. The Police and the Judiciary will deal with anyone who transgresses according to the law,” he said according to the state-run Entekhab website.
Also on May 28, the Head of Friday Prayers in Isfahan, who also represents the regime’s Supreme Leader in the central city, said Iran should follow Syria’s example in elections.

On 21 May, an Iranian journalist tweeted that two people were summoned on 15 May for posting tweets criticizing Iran’s Chief Justice and presidential candidate Ebrahim Raisi.

Other reports indicate the Head of the Culture and Media Court, a court affiliated with the Judiciary that deals with offenses in the media, has called a number of journalists and reporters asking them not to criticize Raisi, the Supreme Leader’s favorite presidential candidate.

An economic researcher, posted on Twitter: “… a number of information activists have been contacted and warned that they should not publish material criticizing Raisi on social media. This is the intelligence services and the judiciary working in service of a candidate!”

There were also reports that the intelligence agents in the Islamic Revolutionary Guard Corps (IRGC) have contacted several social media activists, threatening them not to post content that criticizes Raisi, otherwise they would be in “trouble”.

Security police and Iran’s Cyber Police (FATA) have also contacted many activists, putting them under pressure because of their stance.
A letter classified as top secret that has recently revealed by an internet freedom activist, shows that the regime’s judiciary intends to ramp up Internet filtering in Iran and restrict social-media access to election material including calls to boycott the June presidential vote.

The letter, signed by Javad Javidnia deputy head of the justice department in Tehran province and dated May 15, has tasked the Islamic Revolutionary Guard Corps (IRGC) with “guaranteeing the execution of the order”. IRGC Commander in Chief Hossein Salami as well as other IRGC officials have been asked to “follow up the implementation” of the order and deal with telecom companies that do not carry out the orders in one week. In the letter, the Judiciary threated companies that refuse to comply with the order with closure adding that company managers would be prosecuted.
To ramp up Internet filtering in Iran the judiciary has ordered Internet Service Providers to filter Instagram in such a way that all access through any anti-filtering tools including VPNs (virtual private networks) would not be possible. Most Iranians use VPNs to get around an extensive government Internet filter.
Institutions related to Internet filtering in Iran
• Supreme Council of Cyberspace (established on March 7, 2012)
• Islamic Revolutionary Guard Corps (established in May 1979)
• Working Group for Determining Cases of Criminal Content (Established in 2009) Meanwhile
• FATA Police (established on February 24, 2011)
• Cyber Army (established in 2005)
Ali Khamenei has an important role in determining the main people influencing the filtering institutions.