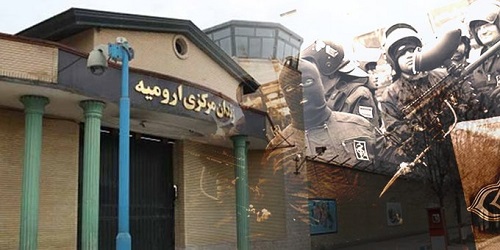 An informed source said Amir Rezai was taken to the prison’s quarantine section on May 26 following a fight between a number of prisoners. He escaped from solitary confinement on Monday evening and returned to the prison’s dormitory 1-2. Four prison guards followed him and arrested him. Two of them severely beat him. He was taken to the prison medical center while unconscious and passed away.
Although the signs of torture and beatings on the prisoner’s body are evident, the prison warden and the regime’s agents claim that Rezai died of a drug overdose.
The beating of prisoners in Iranian prisons is a common practice. In some cases, beatings of prisoners have caused permanent disability or other irreversible damage to their health.

At least four prisoners were killed because of torture and ill-treatment in Iranian prisons in 2020. That number does not include deaths by execution.
Unfortunately, none of these cases were taken to court.

However, the lack of prosecutions is enabled by a judiciary that allows intelligence and prison officials to act with impunity and the absence of mandatory investigations, autopsies or publicly available medical examiner’s reports when a death occurs in state custody.

Iranian prosecutors and prison authorities have little accountability to any independent body, especially when it comes to cases of political detainees. Deaths in prison are not investigated in a transparent manner and relatives or defence lawyers are usually kept in the dark.