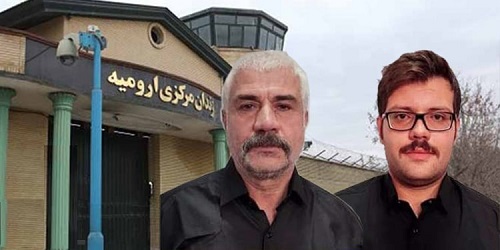 Such decisions by prison authorities are meant to increase pressure on political prisoners.

Two weeks earlier, the advisor of the Moshavereh ward, Daniali, broke the television in the room where Ebrahim and Salar Khalil Sedighi Hamedi were being detained. He also banned their visitations for three months without presenting any reasons. Daniali is legally not entitled to meddle in the prisoners’ affairs.

Ebrahim Khalil Sedighi Hamedani was arrested on February 23, 2019, along with his son, Salar, and daughter, Maryam. They were transferred to the Central Prison of Urmia on April 23, 2019, after two months of interrogations.

Maryam Sedighi Hamedani was released on bail on April 25, 2019.

Ebrahim Khalil Sedighi Hamedani is 62 and suffers from diabetes.

Ebrahim Khalil and Salar Sedighi Hamedani were sentenced to a total of 16 years in prison by Branch 2 of the Revolutionary Court of Urmia on charges of “membership in the People’s Mojahedin Organization of Iran (PMOI/MEK)” and “propaganda against the state.”
Ebrahim Khalil Sedighi Hamedani had been arrested in 2005 for “collaborating with the People’s Mojahedin of Iran” and sentenced to six years in jail. He was conditionally released after serving two years.

On August 3, 2020, six inmates incited by the prison’s warden brutalized and wounded political prisoners Ebrahim Khalil and Salar Sedighi Hamedani.
Since the attack had been carried out on the orders of the prison’s warden and the internal manager, Amirbeigi, the wounded political prisoners were transferred to the quarantine ward, instead of the infirmary.

These two prisoners have been frequently harassed and brutalized during their time in prison. They have already contracted the Coronavirus.