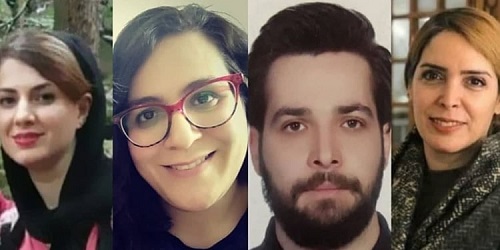 A Revolutionary Court in Iran has sentenced four followers of the Baha’i faith to a total of 12 years in prison.

The four men and women were tried in absentia in 2019 and sentenced to a total of 20 years. The sentence was later reduced to 3 years of prison for each person.

The four Bahai citizens were charged with “membership in illegal organizations which are threats to national security.”

Iranian Bahais are deprived of freedom of religion as stated in Article 18 of the Core International Human Rights Treaties.

The Iranian regime does not recognize the Baha’i community, with more than 300,000 members in the country. Instead, for four decades, the clerical regime has routinely harassed, prosecuted, and imprisoned Baha’is solely for practicing their faith.

In past years, scores of followers have been detained and harassed by Iranian authorities.

The regime severely restricts Baha’is right to education, including prohibiting Baha’i students from registering at universities and expelling them if their identities are discovered.

The persecution of Iran’s Bahais is still ongoing with dozens of Bahais languishing in prisons throughout Iran.