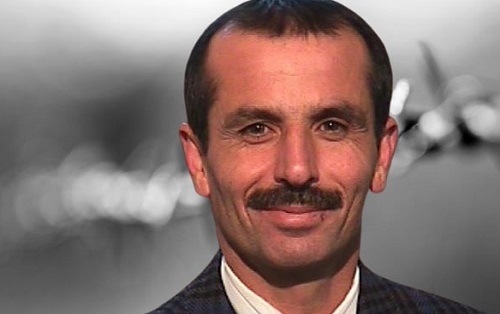 One of Iran’s longest-serving political prisoners Gholam Hossein Kalbi started the 21st year of his life imprisonment sentence in Sheiban Prison of Ahvaz.

The authorities have not granted him any prison leave in the past 20 years, despite his serious medical issues that require treatment.
Gholam Hossein Kalbi was arrested in the city Dezful in January 2001 for being a member of the People’s Mojahedin Organization of Iran (PMOI/MEK).

Following his arrest, Gholamhossein Kalbi was held for 14 months in solitary confinement in a detention centre run by the the Intelligence Department in Ahvaz, the capital city of Khuzestan Province, southwest Iran.

Then he was transferred to Evin Prison in Tehran.

He was sentenced to death by the Branch 6 of Tehran’s Revolutionary Court. . Gholam Hossein Kalbi’s death sentence was commuted to life mprisonment in 2006.

Gholam Hossein Kalbi was not allowed to attend the funeral of his sister who passed away the same year.

In November 2016, his brother suffered a stroke on the way to prison to visit Gholamhossein in person and passed away. Authorities also did not allow him to attend his brother’s funeral.

The 61-year-old political prisoner suffers from suffered from multiple health problems which have worsened due to lack of specialized treatment and prison conditions.

He suffers from left ear infections, osteoarthritis, back pain and jaw and dental problems. He has loss of hearing in one ear due to an infection which was left untreated in jail.

Yet the authorities denied him medical leave and access to adequate treatment.

Furlough, temporary leave typically granted to prisoners in Iran for a variety of familial, holiday, and medical reasons, is routinely denied to political prisoners as a form of additional punishment.

International and Iranian law require prison authorities to provide adequate medical care. Iran’s state prison organization regulations state that, if necessary, detainees must be transferred to a hospital outside the prison facility. The UN Standard Minimum Rules for the Treatment of Prisoners require authorities to transfer all those held needing specialist medical to specialized institutions, including civilian hospitals.treatment to specialized institutions, including civilian hospitals.