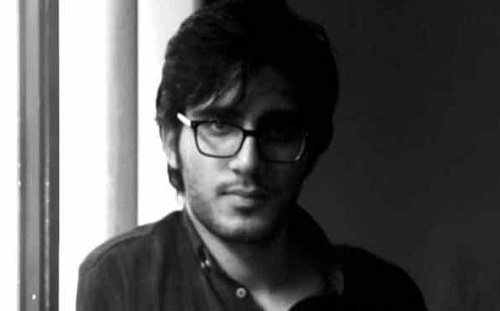 Mostafa Hashemizadeh, a student at Tehran University, was summoned Friday to Evin Court to begin serving his sentence of six years in prison and 74 lashes.

Branch 26 of Tehran’s revolutionary court had sentenced Mostafa Hashemizadeh, a civil engineering student at the University of Tehran, to 5 years in prison on a charge of “assembly and collusion to disrupt national security.” In a tweet on May 1, he said that the court sentenced him to an additional year in prison, three months of public service at a mental hospital, and 74 lashes, and banned him from entering the university dormitory for 2 years for “disrupting public order.”

The court sentenced Amir Mohammad Sharifi, another University of Tehran student who attended the protests, to six months in prison for engaging in “propaganda against the state.” Sharifi said the charge stemmed from his taking of photos of plainclothes officers entering the university dorm and taking away the belongings of Mostafa Hashemzadeh and posting the photos on Twitter.

Mostafa Hashemizadeh was pressured to make false confessions during the interrogation.

Thousands of protesters took to the streets of several cities including Iran’s capital, Tehran, in January 2020 to vent anger at officials, calling them liars for having denied shooting down a Ukrainian passenger plane.

So far, Iran’s Revolutionary Courts have sentenced at least 20 protesters to prison and flogging in connection with the protests. However, none of the people responsible for the incident have yet been named or put on trial.