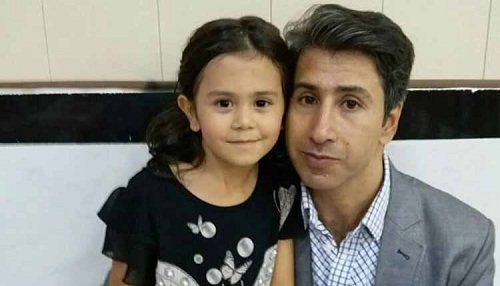 Political prisoner Akbar Bagheri passed out on Sunday Jan 19th due to increased pain and anemia. He was transferred to the prison medic by other prisoners. Even though the doctors’ analysis was that the blood was not reaching the heart due to increased anemia, they only gave him a serum and sent him back to the cells.

The physical condition of this political prisoner is critical, and he is very weak, in a way that he can’t even stand on his own legs. He needs urgent medical treatment and surgery in a hospital outside of the prison.

Political prisoner Akbar Bagheri is infected with intestinal problems, anemia, liver problems, kidney problems and skin issues. The Evin Prison doctors analyzed that he needs to undertake surgery. He was previously supposed to get transferred to a hospital for surgery. However, in April last year he was suddenly transferred to the Greater Tehran Penitentiary, where prisoners convicted of severe violent crimes are being held.

Even though his family and lawyers followed constantly, he is still deprived of medical treatment.

In May 2019, Bagheri went on a five-day hunger strike to protest his abrupt transfer from Evin Prison to the Greater Tehran Penitentiary and lack of medical services.

He went on hunger strike for the second time in August 2019, protesting lack of medical access in prison and legal conditions.

He was arrested again on February 21, 2018, during a protest rally held by the clients of the Caspian credit firm, linked to the Iranian regime’s Revolutionary Guards (IRGC), in front of the regime’s parliament.

In July 2018, the branch 15 of Tehran’s Revolutionary Court sentenced Bagheri to nine years in prison.

Akbar Bagheri has a 6-year-old daughter and an old mother whom he had taken on the guardianship of. His family is in Kermanshah, and due to the distance, are not able to visit him. His daughter is currently with Akbar’s mother in very hard living conditions.