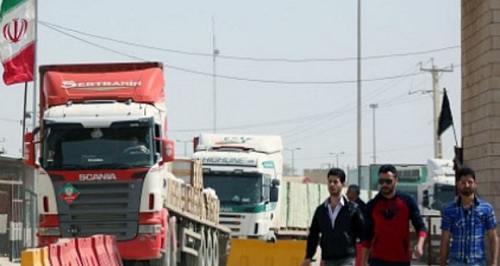 Through a vast social campaign, Iraqis have called for the boycott of Iran-made commodities on the Iraqi market.

A hash tag # “let it rot” is circulating on social media through which Iraqis call for a boycott of anything under the ‘made in Iran’ brand.
Iraqi activists have tweeted that the campaign aims at economic sanctioning of Tehran and applying economic pressure in the hope of reining in the latter’s intervention in Iraq.

They also claim to aim at enhancing local goods in order to save the shattered Iraqi economy.

The popular uprising in Iraq has witnessed overwhelming and furious opposition against the Iranian regime’s interventions in Iraq, with demonstrators in different cities like Baghdad, Karbala, Najaf, and Basra chanting explicit slogans against Ali Khamenei, the mullahs’ supreme leader, and Qassem Soleimani, commander of the Revolutionary Guards’ (IRGC) much-hated Qods Force.