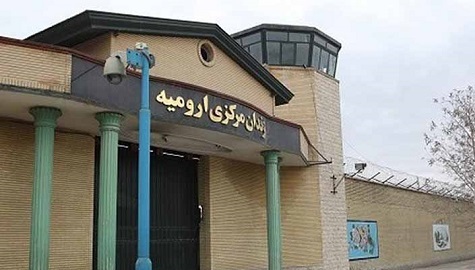 Ebrahim Khalil Sadighi Hamedani and his son, Salar, have gone on hunger strike in Urmia Central Prison in West Azerbaijan Province, since September 25, protesting being sentenced to a total of 38 years in prison.

The judge presiding over this jail, by the name of Mokhtari, along with the prison warden, met with the two political prisoners with the objective of forcing them to end their hunger strike. They provided several pledges to the two, only to be turned down and the political prisoners emphasizing on their demands.

This hunger strike has caused a significant drop in their blood pressure and the two are suffering from extreme fatigue. Ibrahim Khlail and his son have written a letter to the prison clinic, emphasizing they will no longer cooperate with blood pressure tests and insist on continuing our hunger strike until their demands are met.

In an April 2019 statement, the PMOI had published the names of 28 detainees of 2018/2019 still in jail including Mr. Sedighi Hamedani and his son and called for urgent international action for their release.

The Iranian opposition National Council of Resistance of Iran (NCRI) issued a statement protesting the atrocious rulings issued against these political prisoners.

“Messrs Ebrahim Sadeqi Hamedani, 60 years old, and his 22-year-old son, Salar Sadeqi Hamedani, went on hunger strike in protest to inhuman treatment and medieval sentences of the mullahs’ regime against them since September 25, 2019. In its statement of April 23, 2019, the Secretariat of the National Council of Resistance of Iran (NCRI) had reported their arrest,” said the NCRI.

“The mullahs’ judiciary under Ebrahim Raisi, the ruthless chief justice, sentenced each of the two political prisoners arrested in March 2019 to a 16-year prison term.

“They were accused of “membership in the People’s Mujahedin Organization of Iran (PMOI/MEK)” and “propaganda against the regime.” On their 9th day of hunger strike, they demand to be transferred to Tehran.” The NCRI added.

The NCRI called for urgent action by the UN Secretary-General, UN High Commissioner for Human Rights, UN Human Rights Council (UNHRC) and related UN rapporteurs, Amnesty International and all other human rights organizations to free all political prisoners especially these two on hunger strike in Iran.