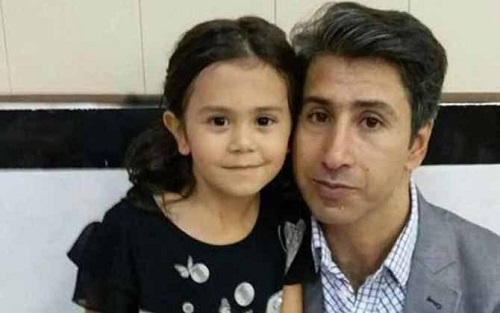 Political prisoner Akbar Bagheri has started a hunger strike since 7 August, protesting lack of medical access in prison which led to his deteriorating health and legal conditions, and his exile to the Greater Tehran Penitentiary.

kbar Bagheri, incarcerated in the Great Tehran Penitentiary, was taken to the ward of dangerous criminals on the fourth day of his strike.

According to Iranian law, prisons are required to divide prisoners according to the nature of their convictions.

But political prisoners continue to be transferred to and held in prisons and wards with inmates convicted of violent crimes or with substance abuse issues.

Article 69 of the prisons organization’s regulations states that: “All convicts, upon being admitted to walled prisons or rehabilitation centres, will be separated based on the type and duration of their sentence, prior record, character, morals and behaviour, in accordance with decisions made by the Prisoners Classification Council.”

Bagheri has been held with inmates who had been convicted of severe violent crimes, such as murder.

The political prisoner went on strike while his intestines were bleeding and were scheduled to be taken to the surgery.

Bagheri had previously gone on a five-day hunger strike to protest his abrupt transfer from Evin Prison to the Great Tehran Penitentiary and lack of medical services.

He was arrested again on 21 February, 2018, during a protest rally held by the clients of the Caspian credit firm, linked to the Iranian regime’s Revolutionary Guards (IRGC), in front of the regime’s parliament.