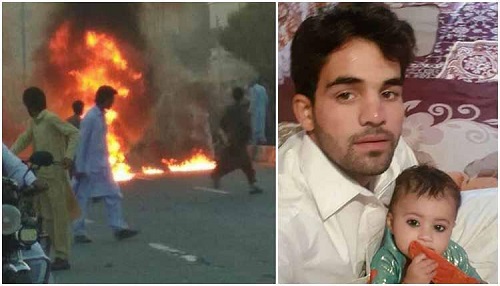 After this incident local people gathered on 27 May, 2019, in front of the governor’s office in Zahedan, the provincial capital, to protest the police shot dead that young man.

When the gathering started, the security forces called for backup and fired shots in the air trying to disperse the crowd, fearing that the protest could draw more protesters and turn in to larger unrest.

The angry crowd attacked the security forces’ vehicles, throwing rocks at them to push them back those forces who were trying to arrest them.

Police has confirmed the man’s death, adding that the registered plate on his car was manipulated.

Police officers told reporters that the man was wounded and died at the hospital.