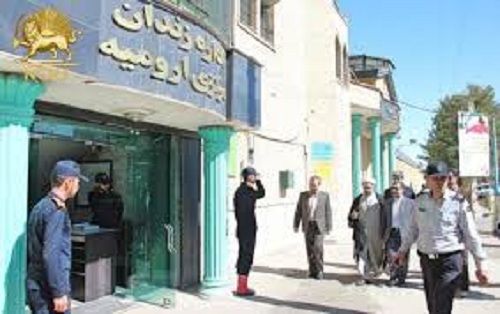 They are held in prison clinic, in the worst conditions possible, sources say.
Iran Human Rights Monitor has received testimonies indicating that doctors at the prison prisoners face numerous issues of concern. Prison officials could literally care less about the inmates and are depriving them minimum necessities.

There are some cases of political prisoners being locked up with potentially dangerous criminals which violates Iran’s own regulations on the principle of separation of crimes.

Reports indicate torture and inhuman treatment such as solitary confinement, harsh interrogation tactics, the denial of phone calls, and family visits is ‘routine’.

The facility is one of the most notorious prisons in the West Azerbaijan province.
Most executions of prisoners from western Azerbaijan and even Kurdistan prisons are being carried out in Urmia Central Prison.

It is worth noting that recently more than 70 political prisoners went on a week-long hunger strike in Urmia Central Prison despite pressures by the prison authorities.

The inmates launched their hunger strike on Monday, 14 October, protesting a vicious attack by the prison’s special guards units targeting Ward 12 where political prisoners are held.