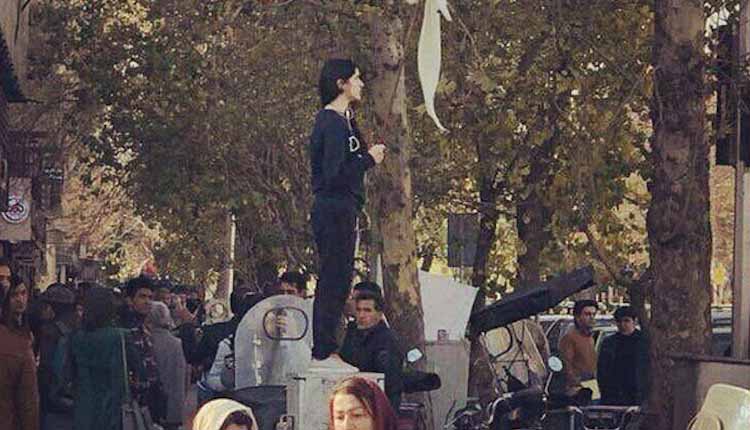 NOTE: A group of women started a movement about a month ago in Tehran and other Iranian cities against the mandatory veil. It all started when a woman by the name of Vida Movahed took off her scarf and waved it on a stick in Enghelab Street. After this move, other women in Tehran and other cities followed suit and published the images on social media.