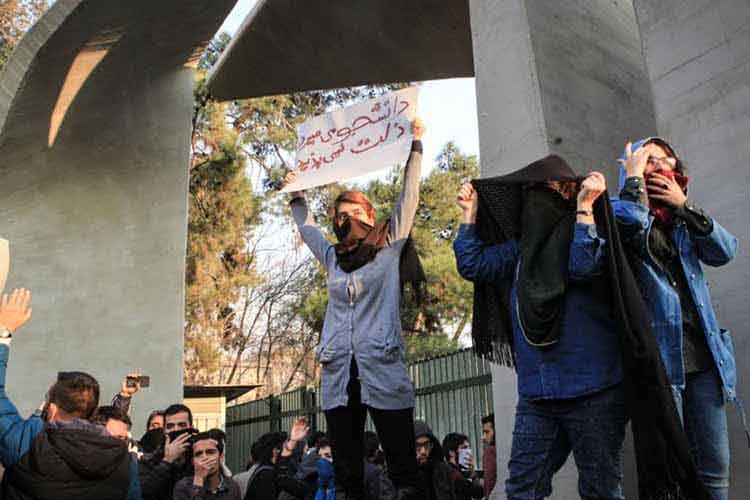 The letter posted below is addressed to the UN Secretary General on behalf of families of the Iranian protesters arrested during the recent uprising in Iran. Families are urging UNSG to take urgent action for the freedom of the prisoners. Iran Human Rights Monitor (IHRM) is supporting this appeal to UNSG and is calling upon all who are concerned about human rights violations in Iran to join adding their names to this letter.

Since the last days of 2017, the world has witnessed massive and courageous protests by Iranian people throughout the country against the regime ruling Iran and for the liberation and establishment of a democratically elected government. The world community has supported the demands of the people of Iran for freedom and has condemned the suppressive measures taken by the Iranian regime against its citizens.

Reports indicate that the Revolutionary Guards and the security forces have killed at least 50 people and arrested more than 8,000 people. On January 9, 2018 in a statement, Amnesty International reported that at least five of those who were arrested following an anti-government rally have died in detention centres.

On January 5, 2018 the UN Human Rights experts in Geneva, in a statement, expressed their extreme concern regarding the Iranian regime’s approach to demonstrators. “The Government’s instruction to the Revolutionary Guards to hit hard against the protesters, and the judiciary’s threats of harsh punishment, are unacceptable.” the experts said.

The “Supreme leader” of the regime, Ali Khamenei, and Hassan Rouhani, the President of Iranian regime, blamed the opposition inside Iran, PMOI/MEK for organizing the demonstrations, and threatened to act severely against them. The Minister of Intelligence threatened with a quick response to the organizers of the uprising.

In 1989, in a short period of time the Iranian regime executed 30,000 political prisoners, based on a religious decree of Khomeini, the regime’s Supreme leader at the time. The authorities in charge of that massacre are still in power in Iran enjoying impunity and involved in the killings of protesters on the streets.

While declaring our support for the demonstrations and the legitimate demands of the brave people in Iran, we urge you to condemn violations of human rights and suppression of the demonstrators in Iran through a Secretary-General’s statement. We also urge you to use your good offices at the United Nations for effective measures to release those arrested during the recent demonstrations, and imposing sanctions on officials and organs involved in killing people in Iran, and exporting terrorism and extremism abroad.