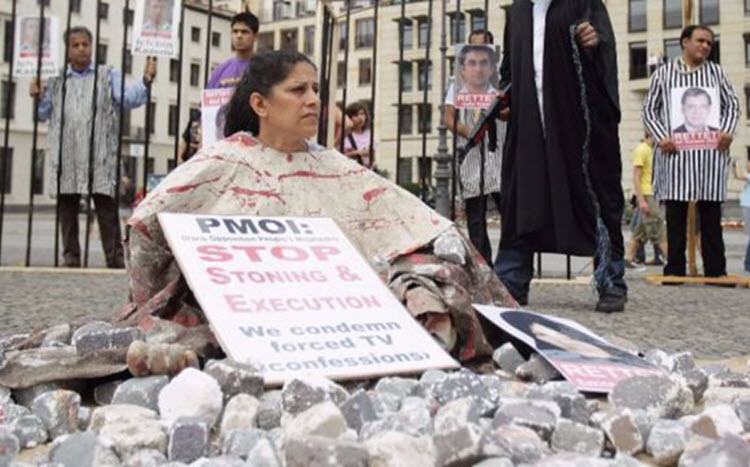 London - The Iranian Regime’s crackdown on peaceful anti-regime protesters over the past few weeks is being fuelled by the lack of condemnation by the UN for the Regime's past crimes against political prisoners, according to a former chief of the Human Rights Office of the United Nations Assistance Mission for Iraq (UNAMI).

Tahar Boumedra wrote an op-ed to explain that the crackdown against protesters and any other dissidents in Iran are worsening, with the total number of arrests topping 8,000, with at least 11 detainees having being tortured to death in prison.

The Regime has attempted to portray those deaths as suicides of people feeling guilty for protesting, but evidence of torture on the bodies tells a different story.

Hassan Nowroozi, the spokesman for the Iranian Parliament’s Legal and Judicial Committee, said: “The deaths of many of these people in prison may be related to regretting their acts. They realized the ugliness of their acts, and maybe that led to their suicide in prison.”

Boumedra recognises the language used to describe the people fighting for democracy as “chillingly” similar to that used by the Regime to describe the political prisoners in 1988 right before the massacre of 30,000 people, mainly members of the Resistance group People's Mojahedin Organization of Iran (PMOI/MEK).

In 1988, Supreme Leader Ruhollah Khomeini issued a fatwa calling for the deaths of all those who waged war on god, by which he meant opposed the theocracy. This led to the creation of death commissions across Iran who would hold kangaroo trials, which lasted mere minutes and focused solely on political affiliations.

Many of the 30,000 who died had already served (or were serving) prison sentences for their affiliation with the MEK, but the Regime murdered them anyway. According to the Justice for Victims of the 1988 Massacre in Iran (JVMI), victims included teenagers, pregnant women, and the elderly.

Boumedra warned: “senior regime officials now are attempting to portray thousands of detained protesters as “enemies of God.” Some of the present conditions are disturbingly reminiscent of the run-up to the 1988 massacre, and these conditions include not just popular disaffection and government reprisals inside Iran but also the lack of a serious response from much of the world.”

The silence of the international community, and in particular the United Nations, has provided Iran with the idea that they can commit further human rights with impunity. As such, they must speak out now to stop another massacre.

Boumedra wrote: “If the international community in general, and the UN in particular, fail to send a clear message of intolerance for both current and past human rights abuses, it is all but certain that Tehran will continue to escalate the current situation, perhaps even to reach the level of the 1988 massacre.”