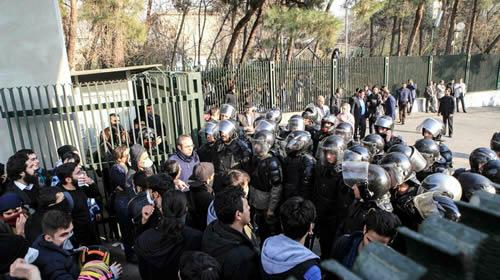 The clerical regime has increased the dimensions of blind arrests in many other cities. According to a preliminary report, the number of arrests in the first week of the uprising in more than 120 cities reaches 2,500. 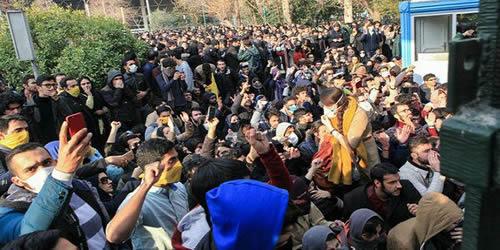 Confession of authorities and organs of the regime regarding the statistics of arrests in 15 cities are as follows:
1- Ali Asghar Naser Bakht, deputy security official of the Tehran Governorate, reported the arrest of 450 people on December 30, 31 and January 1. In addition, many demonstrators were arrested on the 3rd and 4th of January. The detainees have been transferred to Evin Prison , and their families are demanding the release of their children by gathering in front of the prison every day.

2- Ali Aghazadeh, governor of Markazi province, threatened that any unauthorized gathering would be strictly and forcefully confronted with and said that in the demonstrations of the Saturday evening of December 30, more than 100 people were arrested in Arak.

3. The mullahs' prosecutor in Kashan, on December 31, while intimidating the protesters, said that according to the law, those who intend to fight against the regime were considered “corrupt on earth” and will be subject to required legal action (death penalty). He added that about 50 to 60 people were arrested in Kashan's illegal gatherings.

5- According to Ali Asghar Tahmasbi, deputy political and security assistant of Golestan Governorate, 150 people were arrested in Gorgan.

6- According to Eghtesad state-run newspaper, 100 people were arrested in Isfahan on January 1 and 2.

7. At least 116 people were arrested in Izeh, according to the regime's suppressive organs.

8. Gholam Ali Hamzeh, the head of the Kerman IRGC, reports the arrest of 80 people.

10. At least 90 demonstrators have been detained in Tabriz.

11. Taherkhani, MP from the Takestan (Qazvin province), announced 50 arrests in the city.

13. According to Robat Karim police commander, 11 protesters were arrested.

14. According to the Public Prosecutor's Office and the Revolutionary Court of Pardis, 25 protesters were arrested.

15. Haji Reza Shakrami, the prosecutor of Karaj, confessed to arresting 26 protesters in the city. 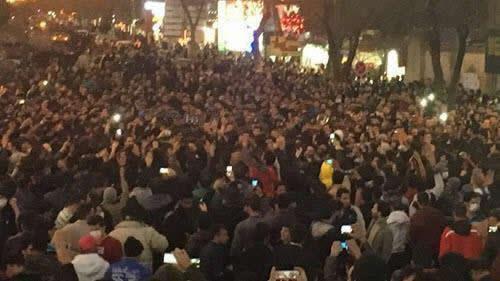 90% of detainees are young people under the age of 25

According to clerical regime officials, 90 percent of the detainees are under 25 years of age. Jafari Dolatabadi, the Tehran Prosecutor, visited Evin Prison on January 3 and 'reviewed the status of detainees by face-to-face examination.' According to reports from inside of the regime, all those arrested were threatened and tricked into participating in television confessions.

The Iranian Resistance calls on the Security Council and other relevantUnited Nations organizations and all human rights defenders to take an effective measure for quick release of the detainees. A regime that violates all the values and goals that the United Nations has been built upon it, should be evicted from the international community.