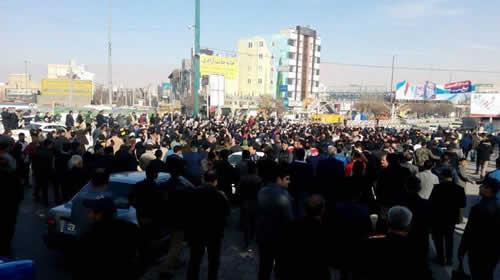 Baghdad Post, January 5, 2018 - Iran's Revolutionary Guards Corps (IRGC) has sparked anger by using media proxies to crowd-source the identification and reporting to authorities of individuals photographed at anti-establishment protests, including indirectly through social media like Twitter. 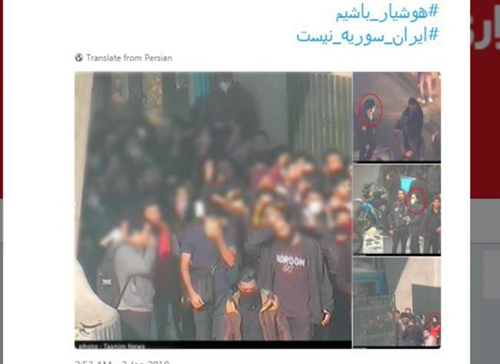 The effort came as a week of demonstrations and violent unrest across the country eased but was said to be continuing in some places, with protesters chanting slogans against rising prices, corruption, and Iran's clerically dominated leadership.

The protest slowdown follows days of increasing shows of force in cities and towns across the country and a day of televised pro-government demonstrations to counter the eruption of public anger.

The Gerdab website, which was launched a decade ago by the IRGC, posted images of suspected protesters in several cities, including two of the earliest hot spots, provincial capitals Kermanshah and Zanjan.

Gerdab called for the public to help identify the individuals, repeating a tactic it employed during street demonstrations in 2009 that attracted millions to complain of irregularities in the re-election of then-President Mahmud Ahmadinejad.

Gerdab pledged to release more pictures of 'elements behind the unrest' and 'rioters.'

Iranian Mullah's leader Khamenei has blamed foreign 'enemies,' but Iran's President Hassan Rohani has acknowledged that public discontent has played a role in the protests, one of the most serious domestic challenges to Iran's leadership in decades.

Gerdab's statements and images for identification have in turn been carried by news sites that include the hard-line Mashregh, Khabaronline, and Jahan-news.

'If you have any details about those in the pictures or any kind of information, including pictures, videos, e-mail, or any complaint about those causing unrest, report it via [us],' Gerdab said in a statement.