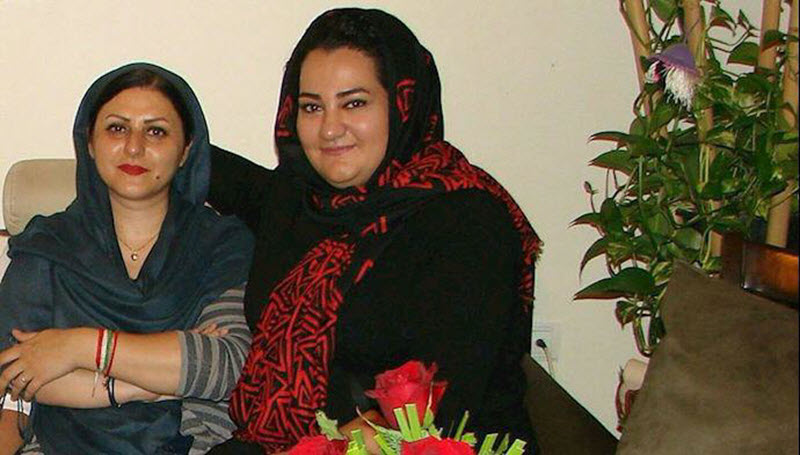 In a letter to the United Nations human rights rapporteur on January 31, the political prisoner Arash Sadeghi, who is on hunger strike, warned about the situation of Atena Daemi and Golkorki Iraee, while accusing five authorities of the Iranian regime's Prisons Organization.

As you are aware, more than a year has passed since my wife was arrested, and during this period I have repeatedly written various letters in this regard.

Last year, following 72 days of hunger strike, I terminated my strike after the judiciary’s promise to release my wife and re-examine her case.

Due to the same hunger strike, I encountered many health problems including kidneys and digestive system problems as well as heart disease, arrhythmia, shrinkage of kidney, stomach ulcer, ulcerative colitis at the beginning and end of the colon, due to which I have to take more than 15 medications, including Mezalazine, Sulfasalazine, Warfarin, Propranolol 40, and…

A few months after the strike ended, with the pressure of the Revolutionary Guards Intelligence Office, re-examination of my wife case and retrial was rejected by the Supreme Court.

And in recent days, while filing a new case for her and one of our friends, Atena Daemi, after they were summoned to the security ward 2A of Evin prison (under the control of IRGC’s intelligence), they were taken to the Qarchak prison (in Varamin), after beating and mayhem. This prison, however, is dedicated to ordinary and dangerous prisoners.

In spite of the disagreement of my friends and cellmates, and despite my inappropriate physical condition which everyone has witnessed during this period, in response to mistreatments and the beating and transfer of my wife Golrokh Ebrahimi and our friend Atena Daemi, I have started my hunger strike on Saturday (January 27).

For this reason, I declare that in the event of any incident for me or ladies Golrokh Ebrahimi and Atena Daemi, direct responsibility lies with the Judiciary and IRGC intelligence, as well as Asghar Jahangir (Chief head of the Prisons Organization), Mustafa Mohebbi (Director General of the Prisons Organization of Tehran Province) ), Chahar Mahali (head of the Evin Prison), Youssef Mardi (head of Evin prison’s security) and Abbas Khani (head of the Evin prison’s infirmary), the actions of the last three of whom, with fabricating new cases and beating, led to the transfer of Golrokh and Atena.

This transfer has undoubtedly been coordinated by the Prisons Organization and the Director General of the Prisons of Tehran Province.

I appeal to all international organizations and tribunals against these individuals and I ask you and all human rights lawyers and all awakened consciences to investigate this complaint while continuing to address the situation of Golrokh and Atena.