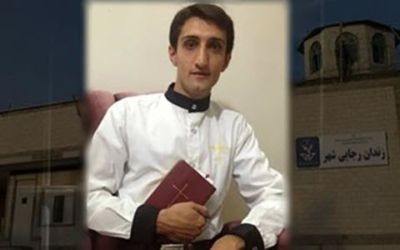 A Christian political prisoner called Ebrahim Firouzi, in Gohardasht prison located in the city of Karaj, west of Tehran, went on hunger strike to protest the pressures on his fellow Christian inmates.

He wrote in his letter:

"The Judicial system mistreats the new Christian converts. Any religious Christian books are not allowed too. In addition, Iran's judicial system imposes unfair and heavy sentences against the Christian converts and 10 people are detained and sentenced to long-term imprisonments. Therefore, I go on hunger strike on July 17, 2017, for consecutive 10 days in order to support the demands of those dear converts. In a letter to Tehran's Prosecutor on July 16, 2017, I have talked of these limitations and announced that, "The Iran regime does not determine religion for the people and the church authorities are the only ones responsible for this matter."