In a parliament session at the House of Lords with the presence of the government representative, parliamentarians condemned the growing number of executions as well as the blatant violation of human rights in Iran by the Mullahs' regime.

In this meeting, the representative of the UK government, in his speech stressed on the necessity of auditing the regime as well as extending sanctions on Iran since they violate the human rights.

A prominent member of the House of Lord, Lord David Alton in his speech stated:"the Iranian regime currently violates the section 30 of the Declaration of International Human Rights. Nevertheless, it is encouraging that the Iranians do not want the continuation of violations of human rights. The president of the National Council of Resistance of Iran (NCRI), Maryam Rajavi introduced a proposal which consists of 10 articles and it will revolutionalize Iran. In this proposal, Maryam Rajavi has affirmed her commitment to the Universal Declaration of Human Rights and the other international documents. She calls for the abolition of death penalty; the independence of judges and creating a modern legal system .The proposal reads:" the cruel and degrading punishments have no place in the future of Iran." 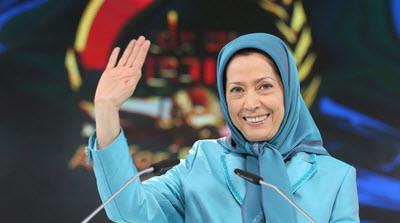 Maryam Rajavi believes in peaceful coexistence and respectful relation with other countries.

Lord Alton then outlined the various aspects of crimes and human rights violation by the Iranian regime in which they were listed by the governments and human rights organizations. At the end, he also stressed that the situation of human rights in Iran is being deteriorated despite the fact that Rouhani makes promises.

At the meeting of the House of Lords, Lord Collins quoted the speeches of Highbury that according to UN reports, the Iranian regime has executed at least 966 people in the last year.

She also added:"I support the resolution of the UN General Assembly about the situation of human rights in Iran. This resolution was passed with the higher votes in comparison to the last year. In addition to that, the UK strongly supported the mission extension of the Special Rapporteur of UN in the final summit of Human Rights Council in March. I am pleased about the renewal of this mission and I strongly ask the Iranian regime to allow the reporter to visit Iran. We are particularly concerned about the number of executions carried out in Iran; in particular the execution of those prisoners who were teenagers. The situation of human rights in Iran is still critical. The Iranian government shall respect human rights since this issue is an essential part of their interaction with the rest of the world as well. "