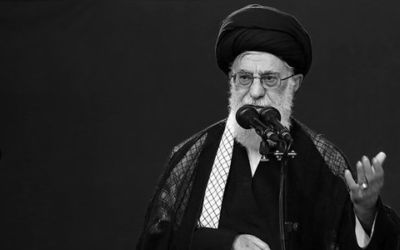 The Iranian regime, described by many as the number one state sponsor of terrorism, has profited greatly from the Iran nuclear deal. The deal was put in place to curb the nuclear threat emanating from Iran, but many believe this is not the case. In fact, even President Donald Trump has said that it has the opposite effect – it gives Iran the tools to move towards a nuclear weapon.

As a result of the nuclear agreement, crippling economic sanctions were lifted and Iran has a lot more financial freedom. It got billions of dollars and proceeded to spend it on the destabilisation of its neighbours. It has had been able to enjoy increasing influence across the Middle East.

Last month, Trump decided not to recertify Iran’s compliance with the nuclear deal and he justified this decision with a list of reasons. Even before he took office, Trump has been highly critical of Iran and the nuclear deal. He is very aware of the deception of the Iranian regime and he knows that the nuclear agreement negotiations were a failure and the United States missed a great opportunity to finally address Iran’s belligerence.

At the time of negotiations, critics said that Iran would still be able to achieve a nuclear weapon because the deal doesn’t go as far as it could.

And aside from its nuclear program, there are many other areas in which the Iranian regime needs to be curbed. Certainly, the prospect of a nuclear weapon is a threat to the security of the Middle East, and the entire international community, but so is its aggression.

Iran’s aggression and destabilisation of the region is executed in a number of ways. Firstly, it has been backing rebel groups that seek to undermine established governments and allies of the United States. This is particularly evident in Yemen where Iran is backing the Houthi rebels that are taking measures to weaken the influence of Saudi Arabia. The Houthis have attacked US Navy ships and those of its allies, and most recently the group launched a ballistic missile towards the Saudi capital.

Iran has also been contributing to regional crises by providing weapons and personnel to conflict zones. It created a logistical and transportation infrastructure so that it could capitalise on the fight against ISIS in Iraq. In Yemen, Iran is doing the same as it has provided the Houthis with weapons that have been used in attacks against allies of the US in the Red Sea.

In Syria, Iran has been meddling in internal affairs since the very beginning of the civil war. It has been propping up Syrian dictator Bashar al Assad and without Iran, the war would have ended years ago. Hundreds of thousands of people have been killed there and Iran has been directly involved in the displacement of many more.

Much of the funds that were freed up as a result of the nuclear deal were spent on financing terrorism. Iran backs many anti-Western groups – Hezbollah and Hamas – for example, and also supports proxy groups in countries like Syria, Iraq and Yemen who fuel ongoing conflicts. Very recently it became clear that Iran and the Taliban have been working together.

Although the Iranian nuclear threat is dangerous, its other acts of belligerence must also be addressed, and certainly not overlooked. The fact that Trump decided not to recertify Iran’s compliance should mark the beginning of a new outlook towards Iran for the whole international community.