Ladies and gentlemen, if ever there was a more fitting time for a meeting such as this, I can't think of it.  As North Africa and the Middle East leaders get dragged kicking and screaming towards change, a great impetus is given for the people of Iran to do the same in their own homeland.

We shouldn't forget that the beginning of the mass protest began over a year ago in Tehran where anti regime demonstrators shook the administration to core.  Over a year on, the regime still struggles to prevent further arrest through the use of torture and mass execution.  These are the actions of a weak regime fearing for its future.  Well, ladies and gentlemen, the Iranian regime is right to be running scared, because change is coming.

That leads me on the PMOI and the 3,400 members of based at Camp Ashraf.  We have long heard the lunatic ramblings of the Iranian regime describing the PMOI as a "grouplet" lacking any significance.  Well, I ask you ladies and gentlemen, why is it that the Iranian regime that describes the PMOI as insignificant has the group at the top of its agenda on each and every occasion it enters negotiations with the West.  So much for a grouplet.  The answer is simple; the PMOI advocates and promotes the ideals of democratic change in Iran, democracy which the tyrant leaders of Tehran know will eventually bring their downfall and the sooner the better.

The demand that the Iranian regime has always made of the West during negotiations over its nuclear ambitions has been that the PMOI be blacklisted as a terrorist organisation.  Sadly, in a vain attempt to appease to Tehran's tyrants, a number of countries blacklisted the PMOI.  The PMOI has taken its battle, thank you God, for recognition as a legitimate opposition group through the British, European and now the US courts.  I am proud that I was one of the 35 appellants who took the previous Labour government through the courts in this country demanding that the PMOI be removed from the from the UK blacklist.  With the government unable to produce a shred of evidence worthy of note, their decision to blacklist the PMOI was found to be perverse, as you have heard, and they were ordered immediately to remove the PMOI from the blacklist.  Ultimately, after appealing to the High Court, the government was forced to do so.  Sadly, however, Wikileaks now reveal the true actions of the British government during our court action.  Behind the scenes, the Labour government was bowing its knees to Tehran and apologising for the fact that our courts had forced them to remove the name of the PMOI from the blacklist.  They apologised that justice prevailed.  How shameful is that?  Having prevailed in the UK and the through the EU courts, and the Wikileaks revelations indicating the political nature of the ban in the US as well as Europe, it is high time our good friends in the US government removed the PMOI from their list of banned organisations, and removed this hurdle from the path of the Iranian people's struggle for democracy.  To do anything else would be to besmirch their good name, but to do the act would enhance its standing through out the world at this time.  I appeal, I beg, I urge the Obama government to do it and do it quickly. 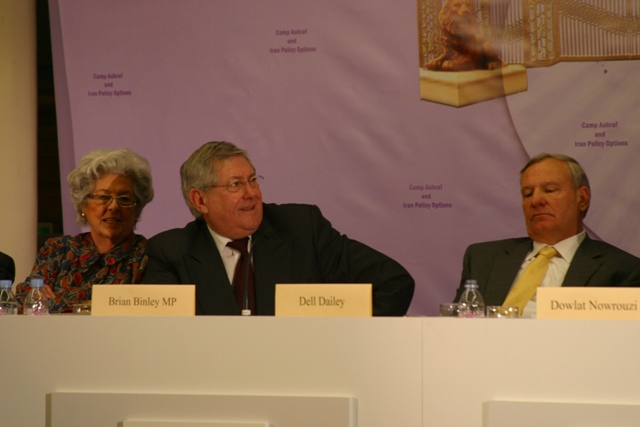 Mr Chairman, you know that the ban not only affects the group's struggle for democracy, but it is used by the Iraqi authorities to justify the murder and torture of Camp Ashraf residents, and it will be used further by the Iranian regime to justify executing the very people who demand freedom and democracy in Iran itself.  Camp Ashraf has now been under siege for over two years.  The residents are facing daily psychological torture and direct violent attacks.  We should not have to drag our current British government, the EU, the US and the UN kicking and screaming to abide by their obligations under international law.  The demands that we have for Camp Ashraf are simply that the powers do as they promised and do as they must under international law.  The US authorities must assume control of the safety and security of Camp Ashraf, while the international community must demand that the 180 loudspeakers used to torture the residents are removed, and the case of Camp Ashraf placed before the Iraqi Parliament with the group for suppression of Ashraf shut down.

In relation to Iran, there are a number of simple policy steps we must take.  Firstly, me must intensify the sanctions against the regime to ensure its financial hands are tied.  Further, we must also support the Iranian opposition movement and those groups demanding democratic change.  The Obama administration should remove the PMOI from the list of banned organisations in the USA as the DC Court of Appeal has decreed, and allow this group dedicated to freedom, democracy and secularism to promote its democratic future for Iran.  South Africa and south east Asia over the last 30 years have seen democratic change, and it is now warming the hearts and minds of the people of north Africa and the Middle East.  It would indeed be ironic if we didn't play our part at this.  Let us make sure we do. 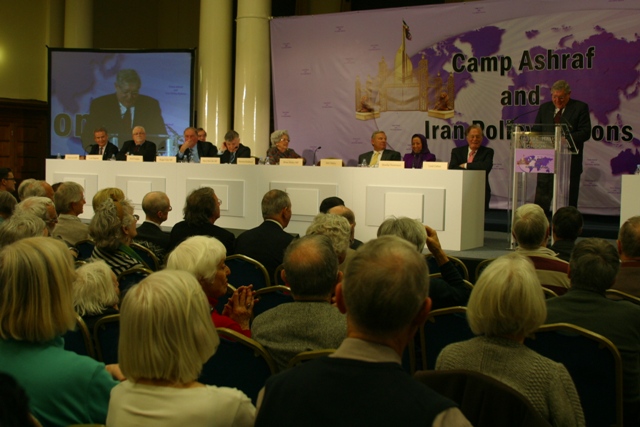 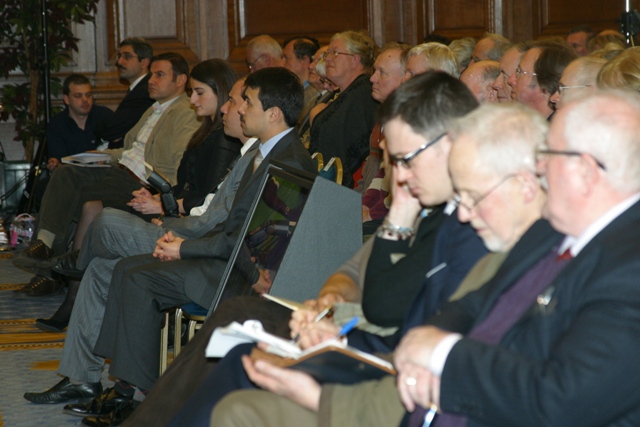