Ambassador Dell Dailey was a principal adviser to the US Secretary of State, charged with coordinating and developing the implementation of US government policies and programs aimed at countering terrorism overseas.  Prior to that he served for 36 years in active duty in the United States army.

It's a distinct pleasure being here in London engaged in dialogue with such prominent public leaders and such an important international regional and distinctly US issue.  I am looking forward to working with our distinguished speakers.  It is a distinct pleasure to work with the British Parliamentary Committee for Iran Freedom.  A special thank you to all those involved.  The committee performs an invaluable function by keeping international and regional attention on the challenges of Camp Ashraf.  Such attention from my perspective covers two important areas for the people in the camp.  First, it continues to highlight the inhumane treatment and conditions and it focuses on the importance of revoking the designation as a foreign terrorist organisation of the PMOI.  Tick tock, Tunisia, tick tock, Egypt.  Tick tock, Iran.  The timing for this conference is flawless.  Right now, the United States Department of State is continuing to reconsider it's efforts in retaining the PMOI on the foreign terrorist organisation list.  It is critically important to ensure all of the relevant information and data from this conference gets to the US government during these critical deciding moments. 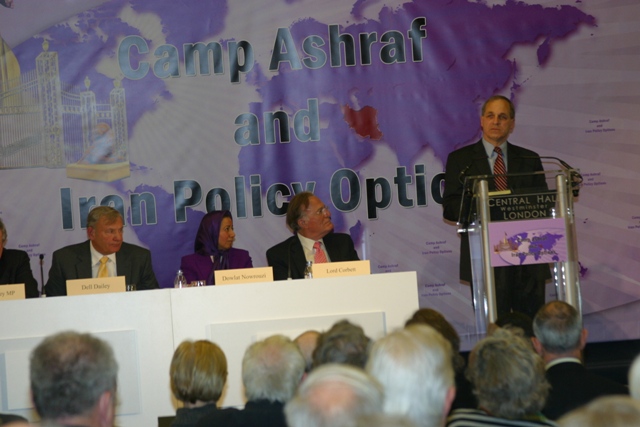 Our presence here today is also for important because of the time, and time is of the essence.  This is best evidenced by the 3,400 men, women and children located at Camp Ashraf and their future vulnerability.  This vulnerability is a function of the United States and coalition members attempted progress in the normalisation of relations with the new post Saddam Hussein nation of Iraq.  But the increased sovereignty of Iraq at the expense of members of Camp Ashraf must not occur.  The recent actors, the European Union, the United Nations, and the United States need to maintain pressure on the government of Iraq to treat the Camp Ashraf residents with dignity, care, restraint and respect.

Timing also is of the essence because of Iran's progress in the nuclear weapons.  They will not stop, as evidenced by their arrogance and their dismissive attitude in Istanbul last month.

My first area of concern is humanitarian conditions in Camp Ashraf.  There are becoming abhorrent and have to be improved.  The repeated incursions by the Iraqi police on numerous dates; July 2009, October 2010, November 2010, January 2011 and recently February 2011, all resulting in injuries and several in deaths.  What is more unacceptable are the restraints placed upon the occupants of Camp Ashraf for obtaining medical care.  For example, limiting specialist doctor care and being denied hospital access in selected cases.  Couple that with the continuous blaring of propaganda into the camp from over 180 loudspeakers creates conditions that are physically unliveable. 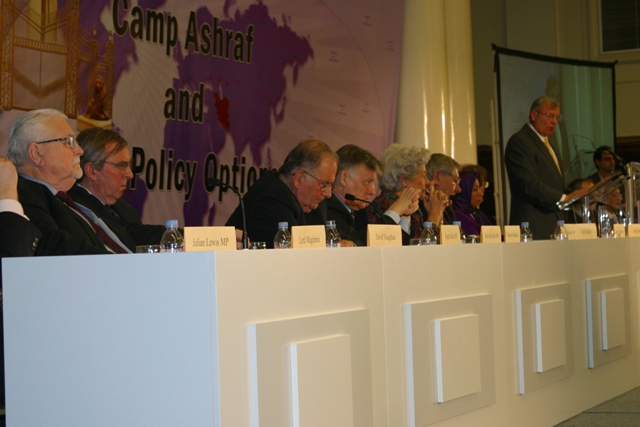 These attacks need to be stopped and not repeated.  As Iraq makes its peace with Iran and becomes a newly democratically led member of the region, Camp Ashraf should not be the prize that Iran wins.  Iran has shown a hatred for the camp and its residents, shown by a recent hanging of a visitor to Camp Ashraf and a photographer, and the most recent shooting of a taxi cab driver.  This is indomitable message that residents of Camp Ashraf and seeing and being to subjected to, the future.  For Iraq and the United States, members of Camp Ashraf and the PMOI are the best counter balance to Iranian terrorism and nuclear aggression.  As a global terrorist state, supporting terror in Afghanistan and all of the Middle East, and now rapidly become a nuclear threat in power, Iran has to be met and stopped.  The PMOI has contacts inside, cultural awareness and a proven past record of providing the United States, and hence the world, with previously unknown intelligence about Iran.  …  No other internal or external organis

ation has been this productive in obtaining information on Iran.  Since the UN and economic sanctions have failed in Iran, and all out warfare by the United States is not desirable or doable, the best and most committed option is to bring the PMOI into the formal opposition force now.

The use of the PMOI through the opposition is a powerful counterbalance to Iran and has already shown success.  The opposition is an important target of Iran, so much so it continues to hunt ruthlessly down pro PMOI people in Iran and in Iraq.  Since the US remains militarily committed in Iraq and Afghanistan, it can do no further in these region.  Since the UN has conducted three Security Council resolutions and applied economic impact with limited success, Iran stands with impudence and defiance to the rest of the world, while making its nuclear capability match that of its delivery capability.  The PMOI and the Iranian opposition are the best instruments of power to get inside the Iranian mullahs and undo them.

My second point is revocation of the PMOI from the US foreign terrorist organisation FTO list.  … Our allies, both the European Union and the United Kingdom, have removed the PMOI from their comparable list.  This was accomplished by a thorough review of the facts, classified and unclassified….  The United States should do the same.

Most unfortunately reports indicate that the Iraqi government continues with the unacceptable raids into Camp Ashraf.  They do so because the United States identified the occupants and the residents as terrorists, and therefore can be treated as such by the Iraqi police and military.  That is flawed...

It is appropriate for the Secretary of State to fix this gross embarrassment and obviously painful error as soon as possible.  This is the first time the Obama has had the revocation in front of them.  It is important, I quote Secretary Clinton: "Tear down this designation." 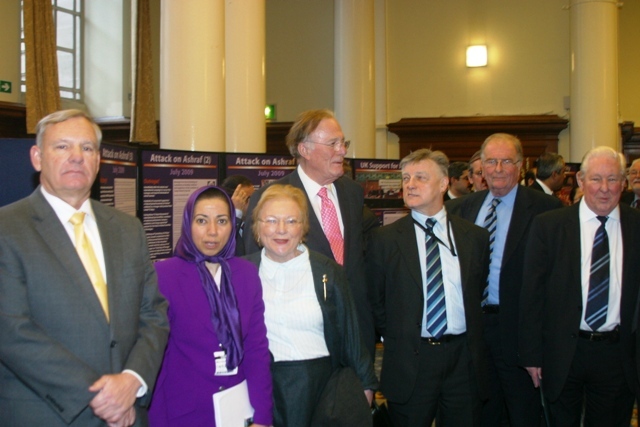 In addition to the EU and UK removing the PMOI from the list, numerous United States Congressmen and Senators have expressed their support for the revocation.  113 Congressmen signed the house resolution 1431 for removal from the list.  The chairman of the house sub committee on terrorism has encouraged the removal.  With the new Congress seated and ready to fix problems, this should also be repaired immediately and cooperatively through legislative and executive branches. …

All of our tools of persuasion in coercing Iran have failed.  Iran does a have a fear of the PMOI, due to its popularity and secular nature.  They do have a fear of the PMOI due to its encouragement of free elections and the rule of law.  Iran has a fear of the PMOI due to freedom of religion and no nuclear weapons or mass instruction.  Iran has the fear of the PMOI due to the freedom of speech and press.  Right now, Iran fears the PMOI more than ever.  A possible Tunisia, a possible Egypt, a possible Iran.  It is with great irony and embarrassment and huge international confusion that the United States and Iran are of the equal mind and on the same team as retaining the PMOI on the terrorist list.  We must revoke the terrorist listing for the PMOI, allow Iranian opposition and its members the opportunity to counter Iran and distinctively create a democratic Iran. 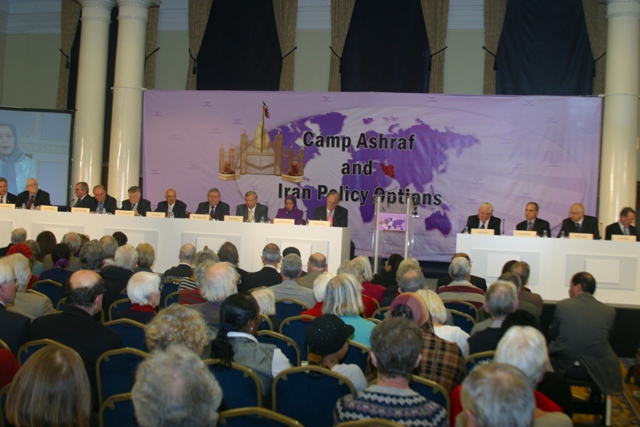