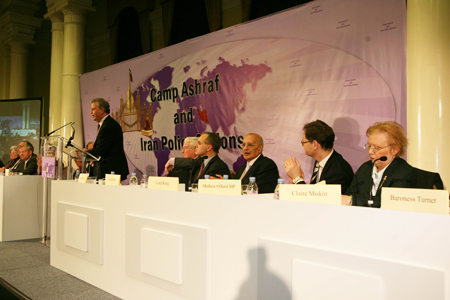 He now sits in the House of Lords as an independent cross bench life peer, and he is a Professor of citizenship at Liverpool John Moore University.

It is nearly 30 years since as a young member of the House of Commons, I organised the meeting for the NCRI at a party conference. I think it was one of the first meetings that the NCRI had ever had at a political conference. I was deeply impressed then by what they had to say about the nature of the regime in Iran, and how they offered a democratic alternative. As the years have gone by, I have never equivocated about my support of the NCRI, and indeed was one of the signatories to the court case that Alex Carlile has just talked about.

I said at the time that it struck me as being the correct parallel to draw that if during the Second World War we tried to prescribe the French resistance, it would have been exactly the thing that we have done the NCRI. Instead of standing alongside them, we have collaborated with the regime. To echo what Tony Clarke and Alex were saying before, we have indulged ourselves in appeasement.

This is one of the great struggles of freedom. Many of us who are privileged to be here today, I suppose we take as our testament, Nelson Mandela's great book, "The Long March to Freedom". This has been a long march, a long walk to freedom. We have lived through the fall of the Berlin wall. Many of us would have wondered at the time if ever we would see those things come to pass. We have lived through the peace process in Northern Ireland, and seen those rather different walls disappear. We have seen fundamental change, and now we see these winds sweeping across North Africa and through the Middle East. We can see change that is stirring in so many places.

I always speak out for people to have the right to hold views with which I do not disagree or agree. It is irrelevant whether we agree or disagree. The right to free association, the right for free speech, the right to religious worship, the right to express political opinions; these are fundamental things that all of us must shares with others in the world wherever they may be, and wherever we see those things being attacked. It is those things that the NCRI stands for. How have we treated the NCRI? We have treated them first with a terror tag. We have treated them by accusing them of being a pernicious force out to undermine the precepts of our parliamentary democracies without a shred of evidence to back that up. Meanwhile we have collaborates with the regime. Meanwhile we have shown, frequently shown, indifference both to the suffering that has been perpetrated by the regime, but as we are here gathered today to reflect, the suffering of people who are currently held in Camp Ashraf.

Just two weeks ago Robin raised that question in the house, and I contributed a supplementary question to it. I agreed with what was being said before about the Minister of State in the Foreign Office, Lord Howell, I thought that at last we had an attentive ear, that we had someone who was willing to enter into the suffering that has been taking place in Ashraf. I gave him subsequently documents from lawyers in Madrid who had themselves been able to take this case into the Spanish court. I simply asked the question; why is it possible in Spain, which is after all, as we are too, a member of NATO, but also a member of the European Union. If it is possible to take a court like this where a country is manifestly in dereliction of its duties under the Geneva Convention, if it is possible to take Iraqi officials through the courts in Spain, why is it not possible for us to do the same here as well.

It is an undisputed fact that the current regime in Iran is not serious in negotiation. It has no intention of changing its behaviour, and indeed it is incapable of reform, because it would lead to its collapse. After years of experience and in particular the failure of the Istanbul talks, no one can deny this unless they are supporters of the regime in Iran. In my view, having known the National Council for Resistance over these last 30 years, I believe they are not only the driving force for democratic change Iran, but given the current turmoil in the region, and the Iranian regime's attempts to divert the course of people's movement to democracy to an authoritarian regime, we have seen the terrible repression of demonstrations in the country, the PMOI is an antithesis to that fundamentalist regime in Iran. 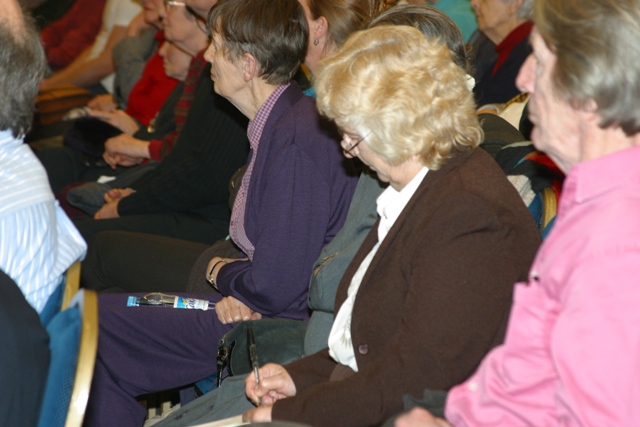 Having known the movement so long, I am also fully aware of all the criticisms and the allegations that are raised against them. At times, we have all on this platform been bombarded by that kind of disinformation. The original source of this is the Iranian Ministry of Intelligence. However, the disturbing part for me has been that the foreign office would also rely in the past on the same information to justify the unjust positions that we have heard today in trying to discourage members of Parliament and peers from supporting the PMOI. One of the usual hearsays that is disseminated is that the PMOI doesn't have any support in Iran. Well, friends I would say, let's get rid of this regime and let the people decide for that.

"The world is a dangerous place, not because of evil people, but because of the good people who do nothing about it."

It is our duty to do something about it. 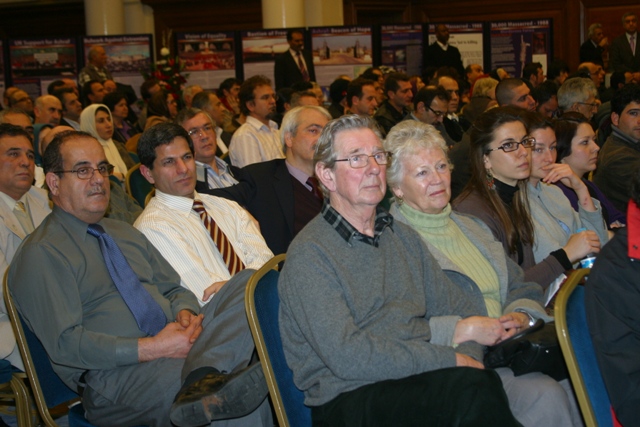