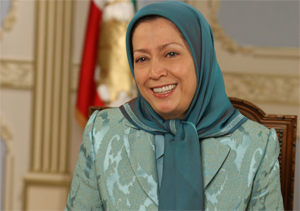 Mrs Maryam Rajavi, the President of the National Council of Resistance of Iran, of which the PMOI is the leading partner.

Ladies and gentlemen, I salute your gathering.  I would like to first express my gratitude to the British Parliamentary Committee for the international Parliamentary campaign in defence of Ashraf for initiating this conference.  I would like to commend members of the House of Commons for the valuable early day motion emphasising the importance to safeguard Ashraf's security and also the need to delist the PMOI from the US list of terrorist organisations.

Dear friends, two days ago the Egyptian people's uprising succeeded in toppling the dictatorship ruling that country.  Before that, the Tunisian people's uprising succeeded.  We know that people in other parts of the region are also protesting.  In fact, the spring of freedom has arrived in the Middle East.  People are demanding democracy everywhere.  Young people and woman are the active forces of these movements.  The mullahs in Iran are unable to deal with the explosive state of the Iranian society, and they express fear about the situation.  Current developments revealed that the western policy is lagging behind everyone else.  They also approved the failure ... that set the basis for the policy of appeasement.  Appeasement denies the popular urge for democracy in the region.  They denied the importance of human rights for the region and sacrificed it for diplomatic and economic interests.  The uprising of the peoples of Tunisia and Egypt prove that these premises and the policies that were based on them were totally wrong.  For years we criticised the west for joining the mullahs in the suppression of the Iranian democratic resistance.  Recent developments proved that our views and criticism were right.  We truly wish success for our sisters and brothers in Tunisia and Egypt in establishing democracy and freedom in their countries.  Therefore, addressing those who are worried about developments in the region, one should say concentrate on the main threat; the Iranians.  It is therefore a mistake to ignore the threats of the religious fascism ... regional countries and overlook this destructive rule in diverting popular uprising towards fundamentalism and extremism. 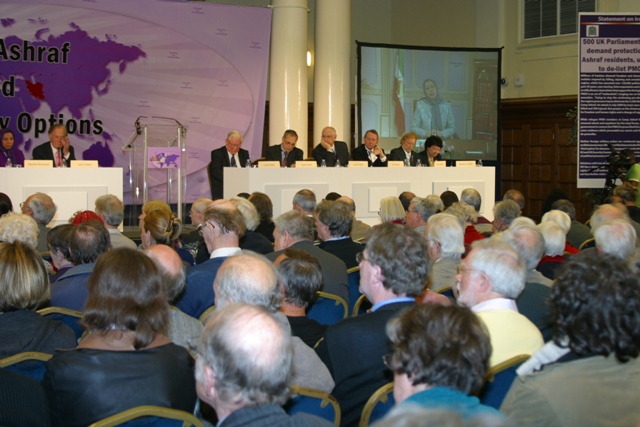 Dear friends, many western governments have acknowledged that the main threat to peace and stability is the Iranian regime, but this is not enough.  The policy that paved the way for this regime must change.  We cannot forget how far the British government went in appeasing the mullahs in Iran, paving its way and obstructing the paths for change in Iran, by proscribing the PMOI.  At the time, both houses of the British Parliament were crying out loud that day, "Mullahs are behind the PMOI proscription".  Now the Wikileaks documents report of secret meetings of foreign officials and officials from the US embassy in London with agents of the Iranian regimes intelligence services to discuss the PMOI.  This was the flow of so called classified documents fabricated by the mullahs for both the foreign office and the US State Department.  This is how fundamentalism has spread its presence and reached even the Foreign Office.  This situation reminds us the famous words of Sir Winston Churchill:

"An appeaser is one who feeds the crocodile hoping it will eat him last."

Appeasement will continue to affect everyone, unless the British government adopts the policy of regime change in Iran and stands with the Iranian people and their struggle for change.  Britain has to close this catastrophic chapter by recognising the Iranian resistance.

Dear friends, the change in policy for Iran is even more crucial, otherwise the regime will destroy the democratic trail in the region.  Look at the situation in the Iraq as an example.  You can see how the mullahs profited from the war and the US policy of appeasement, in order to penetrate that country's security, political and economic organs and to dominate it.  They tried to influence the elections in Iraq by resorting to terrorism, intimidation and allocating a large sum of money for this purpose.  After the elections, they have used all their force to bring a favoured government to power.  Therefore, the disastrous consequences of the barriers that this has placed on the path of change in Iran are not limited to that country.  Today the entire region is suffering from the West's misguided policy towards Iran.  This is why maintaining the PMOI on the US terrorist list is hundred times more harmful today than before. 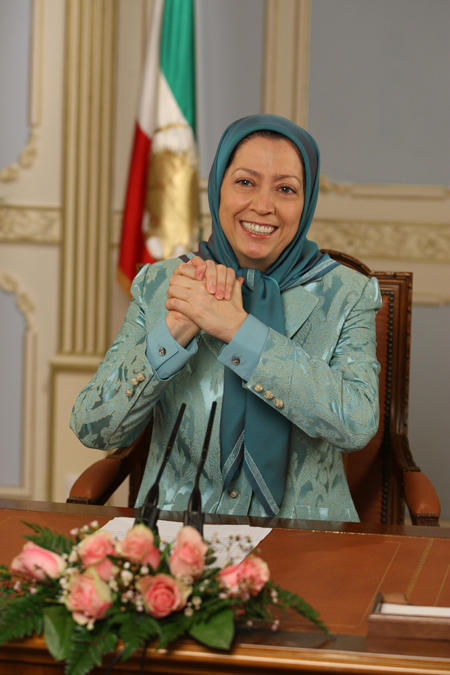 In January, mullahs executed 91 people, including prisoners affiliated to PMOI, whose crime was propaganda for the PMOI and visiting Ashraf.  In the meantime, Ashraf has been the target of repeated attacks the attack of 7 January left 176 people injured.  The around the clock psychological torture of the residents with 180 loudspeakers by the mullahs' agents, with the full support of the Iraqi prime minister has entered its second year.  In the absence of a decisive reaction by the international community, the loudspeakers are now blaring insults to women and residents in Ashraf.  In recent weeks, even entry of medicine for Ashraf residents that they had bought by their own resources under the supervision of Iraqi director of Ashraf's hospital has been blocked.  How can one justify such a major crime against protected persons?

The minister of state for Foreign and Commonwealth office recently confirmed in a debate at the House of Lords that these actions are either organised by the Iraqi government or authorised by it.  It is time that the United States ends disregards for its commitment towards Ashraf and reassumes its protection according to international law.  It is time that the US removes the PMOI from the terrorist list and no longer hinders change in Iran, and for the United Nations to set up a permanent monitoring team in Ashraf.  I am confident that the honourable British Parliamentarians will achieve greater achievements in their campaign to remove the obstacles to change in Iran. 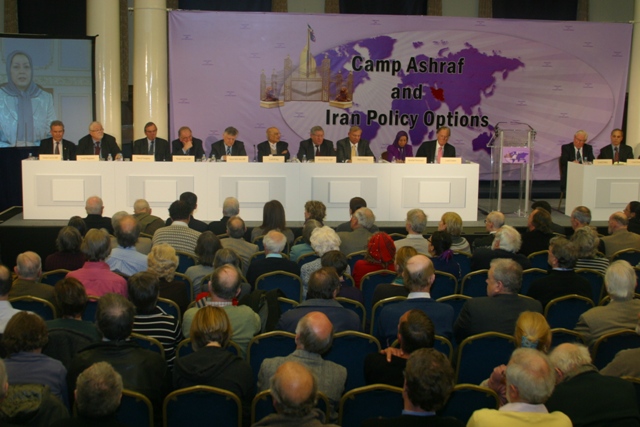 The Iranian people will never forget the bitterness of appeasement in their history, nor will they ever forget the glory of the brilliant initiative by 35 UK law makers in fighting to delist the PMOI.  At a time when some politicians took pride of appeasing their religious fascism, these noble representatives of the British people rose to defend justice until the Iranian people's movement for freedom was realised. I salute them and all friends of the Iranian resistance.  I salute Lord Corbett, Lord Archer, Baroness Boothroyd, Lord Clarke, Lord Carlile, Lord Alton, Lord Waddington, Lord Fraser, Baroness Turner, Lord Mayhew, Lord Turner, Lord Maginnis ... the Honourable members of Parliament ... Roger Gale, Steve McCabe, Brian Binley, Roger Williams and John Leach, and distinguished David Vaughan and Edward Greaves for the efforts in the this respect.

At last I would like to pay homage to the memory of Lord Slynn of Hadley who is still alive in your treasured collective efforts.  I thank you all. 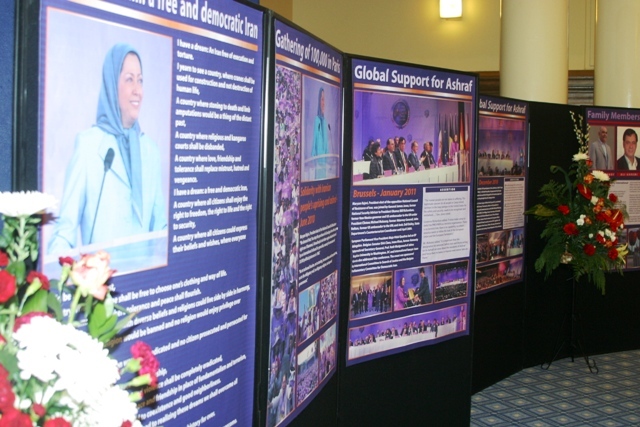