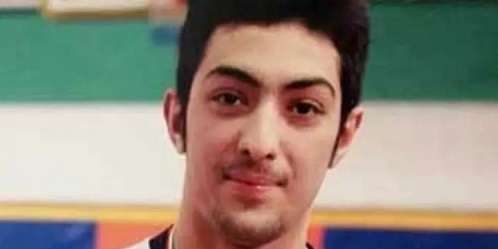 Amnesty International is urging Iran halt the planned execution of a young man who was sentenced to death for a crime that took place when he was a child, following a grossly unfair trial marred by torture-tainted “confessions”.

Arman Abdolali was moved to solitary confinement in Raja’i Shahr prison in Karaj, west of Tehran, in preparation for his execution on Wednesday October 13. His execution was scheduled twice before – in July 2021 and in January 2020 – but was halted both times after an international outcry, Amnesty International said in a statement on October 11.

Diana Eltahawy, Amnesty’s deputy director for the Middle East and North Africa, called on the authorities to “immediately halt all plans” to execute Abdolali, saying the use of the death penalty against people who were under 18 at the time the crime was committed is prohibited under international law and constitutes an “abhorrent assault on child rights.”

Arman Abdolali was first sentenced to death in a grossly unfair trial in December 2015 after being convicted of murdering his girlfriend. The court relied on torture-tainted “confessions”, in connection with the disappearance of his girlfriend in 2014, according to Amnesty International.

The body of the girl was never found; the court stated that the murder had been committed without leaving any trace indicating that Arman Abdolali had attained “mental maturity” and understood the nature and consequences of the crime.
The sentence was upheld by the Supreme Court in July 2016. The trial and appeal verdicts both noted Arman Abdolali’s allegations that he was held in prolonged solitary confinement for 76 days and repeatedly beaten to “confess”, but no investigation was ordered and the “confessions” were described by the court as “unequivocal”, the rights group said.

In February 2020, the Supreme Court granted him a retrial in a case that largely focused on whether there were doubts about his “maturity” at the time of the crime.
At the retrial, the court ruled that his criminal responsibility stood in the absence of any evidence to determine his maturity so many years after the crime.

Diana Eltahawy, Amnesty’s deputy director for the Middle East and North Africa, called on the authorities to “immediately halt all plans” to execute Abdolali, saying the use of the death penalty against people who were under 18 at the time the crime was committed is prohibited under international law and constitutes an “abhorrent assault on child rights.”

Abdolali was sentenced to death in January 2020 and in July 2021, but his execution was stopped both times after an international outcry, according to Amnesty International.
“Global action helped to stop Arman Abdolali’s previously scheduled executions. We now urge the international community, including the UN and EU, to urgently intervene to save his life,” Eltahawy said.

“Given these deeply flawed proceedings, Amnesty International is also calling on the Iranian authorities to quash Arman Abdolali’s conviction and grant him a retrial in line with fair trial standards generally and those pertaining to children in particular,” the group said.

Under international laws guiding use of the death penalty, it’s illegal to execute someone who was under 18 when they allegedly committed the crime. Despite this, and despite Iran having ratified the Convention on the Rights of the Child decades ago, the Iranian authorities continue to sentence juvenile offenders to death.
At least three men who were under the age of 18 at the time of their crimes have been executed so far in 2021.

Young people condemned to death in Iran spend an average of seven years on death row before being taken out of their cells to be hanged, though in some cases juvenile offenders have spent over a decade on death row.

In a number of cases the authorities have scheduled the executions of juvenile offenders and then postponed them at the last minute, adding to the mental and physical ordeal of imprisonment on death row – a practice that is cruel, inhuman and degrading.