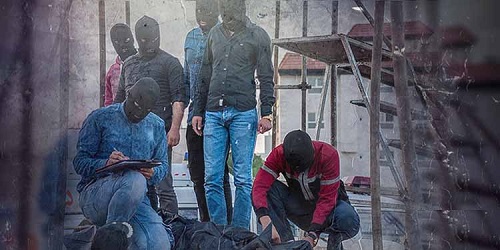 October 10 is World Day Against the Death Penalty. More than 140 countries have agreed to abolish the death penalty, according to Amnesty International. The Iranian regime, however, holds the world record for both executions of women and the highest per capita execution rate.
The death penalty is a violation of Articles 3 and 5 of the Universal Declaration of Human Rights, which emphasize the right to life of every human being.
It is also contrary to the International Covenant on Civil and Political Rights.
The Iranian regime continues to use the death penalty as a tool to intimidate and repress dissidents; And many regime officials also defend it.

In his first news conference after the June 2021 election, the regime’s president Ebrahim Raisi, who is responsible for the massacre of political prisoners in 1988 and other crimes against humanity, defends himself over the executions and said that he should be rewarded for defending people’s rights and security.

Gholam Hossein Mohseni Ejei, the current head of the regime’s judiciary, who was appointed to the post by Khamenei on July 1, has also a dark record regarding the execution of dissidents in Iran.