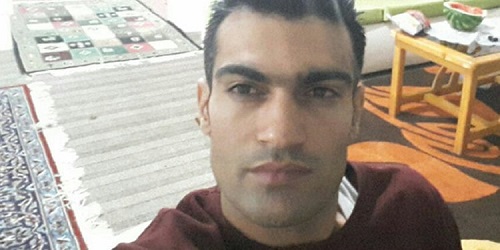 The Iranian regime’s Ministry of Intelligence and Security (MOIS) has recently informed the family of political prisoner Mehran Gharebaghi in Behbahan that he had been sentenced to death.

Mehran Gharebaghi, 29, a Bachelor of Science in Agriculture, was arrested on 18 January 2020, along with a friend, Majid Khademi, 29, and transferred to Behbahan Prison after a month-long interrogation.

The MOIS agents demanded that Mehran’s family pressure him to recant, collaborate with the ministry. This they said must happen before a formal court ruling is issued.

In late 2020, the public and Revolutionary Prosecutor of Behbahan arraigned them with charges of “propaganda against the state,” “complicity in destruction and setting fire to public property,” “participation in disturbing public order,” “participation in making civilian incendiary material” and “membership in an opposition group (The People’s Mojahedin Organization of Iran (PMOI/MEK), and corruption on Earth.”

Mehran Gharebaghi had a former case with the Revolutionary Court for “insulting the supreme leader” and “propaganda against the state.” He had been sentenced to 3 years in jail for these charges.
Mehran Gharebaghi and Majid Khademi residents of Tilekoohi village near Behbahan, in the southwestern Khuzestan Province.
They were both tried on 25 April on charges of propaganda against the state, membership in the PMOI, participation in destruction and arson, disturbing public order, participation in the manufacture of flammable materials, and “corruption on earth.”
While their trial has not yet ended, the MOIS has informed the Gharebaghi family of Mehran’s execution order. Mehran’s family went to the court on Thursday, May 20, to follow up on his condition. But the court clerk threatened to arrest them and forced them to leave.
ICFTO urges the UN Secretary-General, the UN High Commissioner for Human Rights, the Special rapporteur on human rights in Iran, and other human rights organizations to pressure the Iranian regime and prevent the execution of Mehran Gharehbaghi and save the life of Majid Khademi. It emphasizes the imperative of dispatching an international delegation to Iran to visit the prisons and meet with political prisoners in particular.