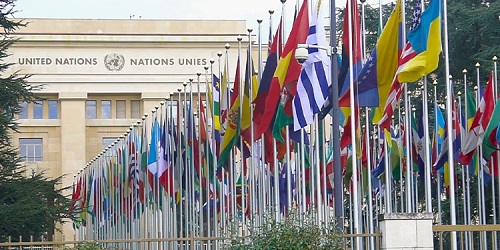 According to NCRI: The United Nations made public the text of a communication by seven human rights experts calling on the Iranian regime to account for the 1988 massacre of political prisoners in Iran.
In their communication to the Iranian regime on September 3, 2020, the UN experts expressed serious concern over the alleged continued refusal to disclose the fate and whereabouts of thousands of individuals who were reportedly forcibly disappeared and then extra judicially executed in 1988.
The UN Special Rapporteurs gave the Iranian authorities 60 days to clarify all the cases brought to their attention. After 60 days, they said the communication and any response received would be made public via the communications reporting website. They will all be subsequently made available in the usual report to be presented to the Human Rights Council.

The experts reiterated: “We are concerned that the situation may amount to crimes against humanity.” They said if the Iranian authorities “continue to refuse to uphold its obligations under international human rights law, we call on the international community to take action to investigate the cases including through the establishment of an international investigation.”

The measure by UN experts comes in the wake of decades of efforts by the Iranian Resistance to have the regime held accountable for the massacre of 30,000 political prisoners in 1988 in Iran.

“The UN experts’ communication is a momentous breakthrough. It marks a turning point in the long-standing struggles of victims’ families and survivors, supported by Iranian human rights organizations and Amnesty International, to end these crimes and obtain truth, justice and reparation,” said Diana Eltahawy, Amnesty International’s Deputy Director for the Middle East and North Africa.

In their communication to the Iranian authorities, the experts said they were “alarmed by allegations of the authorities’ refusal to provide families with accurate and complete death certificates, the destruction of mass graves, the ongoing threats and harassment of the families, the lack of investigation and prosecution for the killings and the statements from the Government denying or trivializing the cases and equating criticizing the killings as support for terrorism.”

They underlined that “an enforced disappearance continues until the fate and whereabouts of the individual concerned are established irrespective of the time passed, and that the family members have a right to truth which means the right to know about the progress and results of an investigation, the fate or the whereabouts of the disappeared persons, and the circumstances of the disappearances, and the identity of the perpetrators. We stress that this obligation is applicable to any individual who has been allegedly forcibly disappeared or unlawfully killed, regardless of whether they were civilians or defined as ‘terrorists’ or threats to national security under national law.”