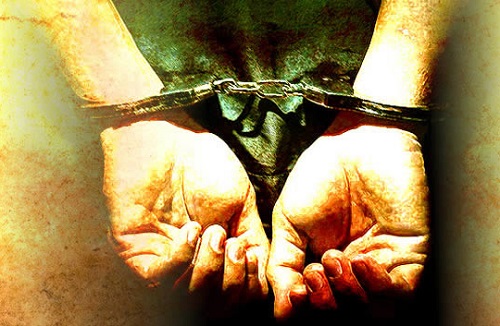 The wave of arrest of families and supporters of the People’s Mojahedin Organization of Iran (PMOI/MEK) has continued.

In the second half of November, simultaneous with the anniversary of the protests last year which shook the regime to its foundations, the Ministry of Intelligence and its repressive forces and agents have launched a series of arrests particularly among the families and supporters of the PMOI/MEK.

In Tehran, the well-known Vafaii family were targeted. Pouria Vahidian, 27, is also among those recently arrested.

He is related to the Saeed Moghimi who was executed during the 1988 massacre.

Pouria Vahidian had been previously imprisoned from 2018 to 2020 and was released after completing his sentence in April 2020.

Iran HRM had previously reported on November 15 on the arrests of other supporters of the PMOI/MEK in Kermanshah, Yazd and Tehran.

Agents of the Intelligence Department of Songhor, in Kermanshah Province, raided and ransacked the residences of several former political prisoners on November 11, 2020. They arrested Saeed Asghari, Saeed Samimi, and Kasra Bani Amerian and took them to Ward 4 of Evin Prison in Tehran after hours of interrogation. No summons had been issued for these persons to report into prison.

Other news indicate that political prisoner Hamid Sharif was also arrested in mid-November and taken to ward 4 of Evin Prison. The Revolutionary Court had sentenced him to one year in prison.

Another political prisoner by the name of Sina Zahiri was summoned to report in to Evin Prison on November 14, to begin serving his five-year sentence.

ICFTO calls on the United Nations and its special rapporteurs, particularly the Special Rapporteur on Iran and the High Commissioner Michelle Bachelet to dispatch an international delegation to Iran to visit Iranian prisons and visit especially the political prisoners.