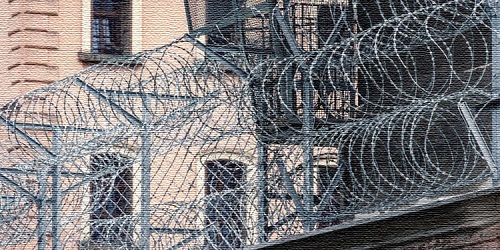 The clerical regime’s Intelligence Ministry has launched a new wave of arrests in Iran to fend off the outbreak of a spate of protests.

A number of political prisoners were re-arrested or summoned over the past week. One of those arrested is a young man suffering from blood cancer and detention would pose greater risk to his health.

Fearing the explosive state of society on the anniversary of the uprising in November 2019, the clerical regime’s Intelligence Ministry has launched a new wave of arrests in Iran in the past few days in various cities.

Agents of the Intelligence Department of Songhor, in Kermanshah Province, raided and ransacked the residences of several former political prisoners on November 11, 2020. They arrested Saeed Asghari, Saeed Samimi, and Kasra Bani Amerian and took them to Ward 4 of Evin Prison in Tehran after hours of interrogation. No summons had been issued for these persons to report in to prison.

Saeed Asghari, born in Songhor, is 51. Saeed Samimi, 24, is a graduate of pharmacy. Kasra Bani Amerian, 24, has a BS degree in Economy.

The three men had been arrested in March 2018. They were interrogated for two months in Ward 209 of Evin and subsequently released on bail, temporarily.
Branch 28 of the Revolutionary Court tried them in 2018 while they did not have access to a lawyer. They were sentenced to five years in prison for “collaborating with the People’s Mojahedin Organization of Iran (PMOI/MEK)”, and to another five years for “assembly and collusion against national security.” Branch 36 of the Revolutionary Court upheld the heavy sentences in absentia.

Kasra Bani Amerian, 24, suffers from blood cancer. He was going through chemotherapy and his condition had improved to a certain extent. But he still has some symptoms and needs to be overseen and treated by his doctor. The detention of this young man exposes him to greater danger especially due to the Coronavirus pandemic.

Other news indicate that political prisoner Hamid Sharif was also arrested in mid-November and taken to ward 4 of Evin Prison. The Revolutionary Court had sentenced him to one year in prison.

Another political prisoner by the name of Sina Zahiri was summoned to report in to Evin Prison on November 14, to begin serving his five-year sentence.
Sina Zahiri had previously served two years in prison for supporting the People’s Mojahedin Organization of Iran. He was released in 2012 after completing his sentence.