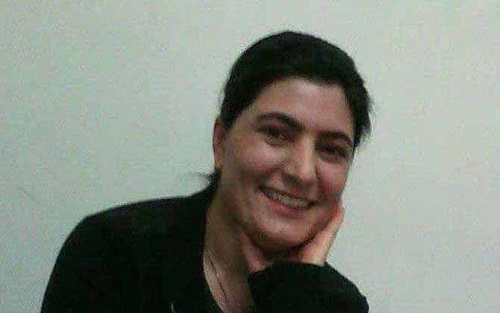 Kurdish political prisoner Zeinab Jalalian had been detained for three months in solitary confinement in the quarantine ward of the Central Prison of Kerman in southern Iran. She was eventually relocated to Kermanshah Prison on September 24, 2020.

Zeinab Jalalian was abruptly taken out of the Prison of Khoy on April 28, 2020. She was transferred to Qarchak Prison in Varamin.

Her family said prison agents had cuffed her hands and feet, taking her from one prison to the other for two days without giving her enough food or water. She was taken to Urmia and Kermanshah, and subsequently to the Evin Courthouse. Then, she was taken to Qarchak Prison.

Ms. Jalalian contracted the Covid-19 disease in Qarchak Prison where she did not receive medical care. She was on hunger strike when she was transferred to Kerman.
According to Mr. Ali Jalalian, Zeinab’s father, she was taken to the prison’s dispensary on the night of June 3, 2020, because of serious difficulty in respiration. There, she tested positive for Covid-19 but prison authorities prevented her from being transferred to hospital.
Zeinab Jalalian is serving her 13th year in prison.
In a call for urgent action on June 15, 2018, Amnesty International said Zeinab Jalalian is being subjected to torture by blocking her access to medical care.
According to Amnesty International, “Zeynab Jalalian also has heart, intestinal, and kidney problems, as well as an oral thrush condition that has caused painful white bumps on her tongue and interferes with her ability to eat and swallow. She is at risk of losing her eyesight in prison as she is being denied surgery for a worsening eye condition called pterygium, which is impairing her vision and causing her severe discomfort.”
“She has repeatedly asked the prison authorities to take her to a hospital outside the prison for specialized testing and treatment for her health problems but the authorities have either rejected outright her requests or have accepted them on the condition that she make videotaped ‘confessions’,” Amnesty international added.