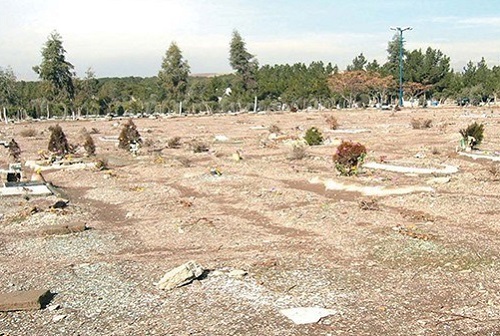 Despite other claims, Iranian authorities knew about the mass execution of political prisoners in 1988, a document recently retrieved from the archives of Amnesty International shows. The document, which was tweeted by the Farsi account of Amnesty first, is an Urgent Appeal that dates back to August 16, 1988, when the executions were at their height.

“Amnesty International is concerned by evidence that a new wave of political executions is taking place in Iran,” the document reads.

The document contains accounts of the execution of members of the People’s Mojahedin Organization of Iran (PMOI/MEK) and other groups that oppose the Iranian regime. “Approvals by the Supreme Judicial Council of death sentences of members of opposition groups also continue to be reported,” the document reads in part.
Amnesty International had, at the time, also expressed concern about “lack of provisions for a fair trial in political cases” and “lack of any procedure for prisoners sentenced to death to appeal against conviction or sentence.”

The appeal was addressed to the regime’s Judiciary Chief Abdulkarim Musavi Ardebili and Justice Minister Hassan Habibi, and was copied to diplomatic representatives of Iran in other countries.

“Since August 16, Amnesty International activists from around the world sent thousands of telegrams, telexes, and letters to Iranian authorities including Musavi Ardebili and Hassan Habibi, the Chief Justice and Justice Minister of the government of Mirhossein Mousavi, and asked for ‘the immediate halt to political executions,’” Amnesty Iran tweeted on Tuesday.

“This is a sobering discovery that shows government and judicial officials, as well as Islamic Republic ambassadors, were aware of the executions as early as August 16, but the foreign policy of the [Mirhossein] Mousavi administration was denial,” wrote Amnesty’s Raha Bahreini, an Iran researcher at Amnestywho tweeted the document on Wednesday. “And today, they shamelessly say they didn’t know.”

“The Mousavi government’s policy was denial. Mohammad Ali Musavi, the charge d’affaires of the Islamic Republic in Canada said on December 22: ‘The only executions were acts of self-defence in clashes and during the attacks of the MEK in July.’ He added that Amnesty International has been influenced by foreigners,” Bahreini added in a follow-up tweet posted yesterday. Bahreini also iterated other comments made by regime officials who, at the time, denied any claims that mass executions were taking place.

The execution of 30,000 Iranian political prisoners

In the summer of 1988, Iranian regime supreme leader Ruhollah Khomeini ordered the purging of all prisons from opponents of the regime, especially members of the MEK. While the regime has tried to frame the brutal massacre as a response to an attack by the National Liberation Army of Iran, there are ample evidence and eyewitness accounts that prove the massacre was carefully planned at least months in advance.

On Khomeini’s orders, regime officials carried out mass executions of political prisoners across Iran. Prisoners, many of whom had finished their sentence or had been arrested for simple things such as distributing opposition newspapers, were tried in minutes-long trials and executed. According to information obtained by the MEK’s network inside Iran and the few prisoners who survived the carnage, more than 30,000 prisoners were executed in the span of a few months, most of the members and supporters of the MEK.

Regime officials resorted to mass secrecy following the executions, denying the families of the victims' knowledge about the fate of their loved ones for a long time. Those who did find out were intimidated by regime authorities into remaining silent about the execution of their family members to keep the executions secret.

The victims of the 1988 massacre were buried in hidden mass graves, some of which were later discovered by MEK activists.

Many of the authorities who were involved in the massacre continue to hold senior positions in the regime, including Ebrahim Raisi, who currently serves as Chief of Judiciary.