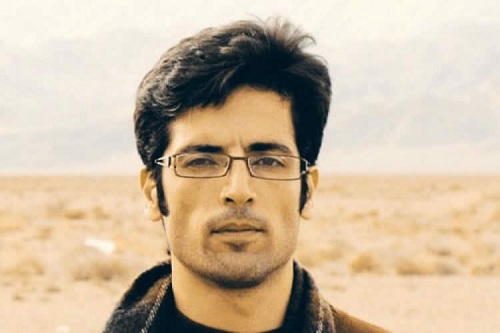 Political prisoner Majid Assadi as well as Mohammad Bannazadeh Amirkhizi, and Payam Shakiba continue to be under interrogation in the Intelligence Ministry Ward 209 of Evin Prison.

They were transferred from Rajaei Shahr Prison in Karaj (a.k.a. Gohardasht) to Ward 209 of Evin Prison two weeks ago on July 22, and they are still under interrogation for a new case opened against them while they were in jail.

Fatemeh Vakili, Majid Assadi’s mother, said the Judiciary had issued a letter indicating that political prisoner Majid Assadi was going to be freed after 3.5 years in jail on July 20, 2020.

He had been imprisoned on a 6-year sentence on charges of “propaganda against the state” and “assembly and collusion.”

In a telephone call to his mother, political prisoner Majid Assadi told her that he was not aware of the content of the new case opened against him.

Ms. Fatemeh Vakili said she is very concerned about the health conditions of her son. Morteza Assadi, Majid Assadi’s brother, said they demand the immediate freedom of his brother, political prisoner Majid Assadi.

In a tweet on Monday, August 3, Morteza Assadi wrote about critical health conditions of his brother. “In a brief call from Ward 209 of Evin, Majid said that physically, he is in dire conditions. He is still suffering from the coronavirus and while he was transferred to Evin. His left eye is inflamed and he might lose his right eye, if this condition continues to persist. Majid’s life is in danger and he must be released unconditionally,” Morteza Assadi wrote.

Fatemeh Vakili noted the various illnesses of her son, saying that his treatment was stopped when the warden of Rajaei Shahr Prison was changed, and he was not sent to the hospital. She objected to the mistreatment of her son and said, “Why do they file a new case against a prisoner who is in prison under their own control? Why don’t they leave him alone? Why don’t they release him? He is sick!”

In her interview with the Voice of America, Fatemeh Vakili addressed the Iranian regime leaders and said, “Wake up and see what is happening to the prisoners. Hear my voice. What is the sin of the families of prisoners to suffer so much?”

Assadi, who is in his late 30s, was arrested in February 2017, at his home in Karaj, near the Iranian capital, Tehran. The former student activist who had been working as a translator for a private company was sentenced in November 2017 to six years in prison on charges of “gathering and colluding to commit crimes against national security” and spreading anti-government propaganda.

Assadi previously had been jailed from October 2011 to June 2015 on accusations of national security offences related to his activism at Tehran’s Allameh Tabataba’i University. He had been arrested in June 2008 while studying at the university, released on bail three months later, then sentenced in March 2010 and jailed when his appeal was denied.