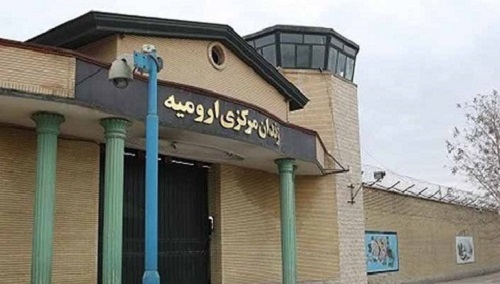 Two political prisoners, Ebrahim Khalil Sediq Hamedani and his son, Salar Sediq Hamedani, have started a hunger strike in the Central Prison of Urmia since Saturday, May 1, 2020. The hunger strike is in protest to the false promises made by the prison’s warden, Mehr-Ali Farhang.

After the outbreak of the coronavirus two months ago, there have been victims in the Central Prison of Urmia. Prison authorities had promised to attend to the sick and provide them hygienic resources and quarantine them, but did not deliver on their promises.

In protest to this and other pressures, as well as the lack of minimum hygienic resources, Mr. Hamedani and his son went on hunger strike.

The two had staged another hunger strike on September 25, protesting being sentenced to 19 years behind bars each.

The spread of COVID-19 in the prison has led to the death of seven prisoners and more than 100 infections so far, according to Kurdish human rights groups.

In the past month at least seven prisoners died after being infected with COVID-19 at Urmia Central Prison.

Authorities continue to deny the spread of COVID-19 in Urmia Prison despite reports that prove the opposite.

The poor health conditions of Iran’s prisons are nothing new. Prison environments, already severely contaminated, have turned into the epicenter for spreading the virus. In most prisons, including Evin, Qezel-Hessar, Gohardasht, Ardabil, Urmia, Quchan, Zahedan, Kermanshah, and Sanandaj the numbers of Corona cases are on the rise while there is no adequate medical treatment.